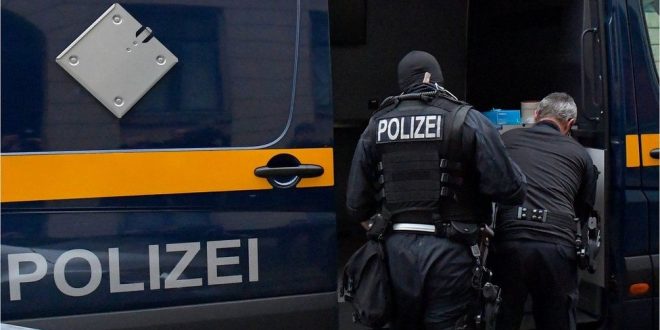 BERLIN: Police in Germany’s eastern state of Saxony have launched a series of raids after death threats were made against Premier Michael Kretschmer for backing coronavirus measures. 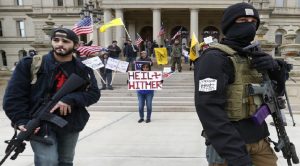 Far-right anti-vaccination activists are suspected of plotting violence with crossbows or other “piercing weapons”.

Saxony has the lowest Covid vaccine take-up in Germany.

Last year Kretschmer warned of COVID “hysteria” but he later apologized and has since backed strict measures.

Germany’s new chancellor, Olaf Scholz, told MPs on Wednesday that “this tiny minority of uninhibited extremists” would be not be allowed to impose their will on society.

Police in Saxony said security forces including the special Soko Rex anti-extremist unit were raiding a number of locations, in response to the threats made against the state premier highlighted by a German TV documentary a week ago.

The plot against Kretschmer was first exposed by the Frontal program whose journalists had infiltrated a group of some 100 people communicating via the Telegram messaging app. 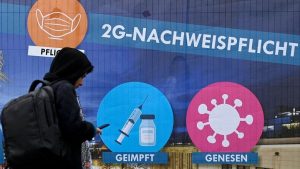 Calling themselves Dresden Online Networking, members would discuss ideas and even meet up in parks, public broadcaster ZDF reported. The program monitored one conversation in which one man spoke of being armed and ready.

Police said statements had been made on plans to kill the state premier as well as other state representatives.

The revelations prompted an outcry in Germany. Kretschmer said all legal means should be used against such threats.

“People in public office should have no fear of speaking their mind and doing their job,” he said.

Kretschmer, a member of the centre-right Christian Democrats who were in government nationally until last week, was initially hostile to tight COVID restrictions but since Saxony became one of the German states hit hardest by coronavirus he has changed his mind.

Saxony has the lowest vaccination rate in Germany, with 61.9% having had a first dose and the 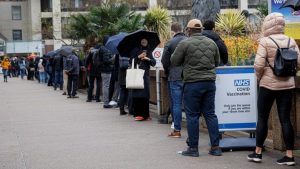 second highest incidence rate of infection. Only neighboring Thuringia has a higher rate of cases.

Kretschmer spoke this week of a race against time to get vaccinated.

Last week Germany’s new government steered through a draft law to require all health workers and soldiers to get vaccinated by next spring, and Chancellor Scholz has backed mandatory vaccines for all adults early in 2022.

There have been several protests in Germany against tighter restrictions. On Monday night some 3,500 people demonstrated in the eastern city of Magdeburg, chanting “peace, freedom, no dictatorship”.

At least a dozen threatening letters containing pieces of meat have also been sent to politicians, media outlets and public institutions, reports say. According to Berlin broadcaster RBB Info, the threats warned of “bloody resistance” against mandatory vaccinations. 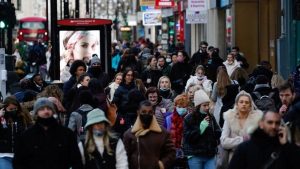 Scholz, in his maiden speech to MPs as chancellor, condemned what he called a “tiny, hateful minority who attack us all with torch marches, violence and calls for murder”, adding that German society would not be divided.

The Telegram app has come under fire in Germany, blamed for hosting COVID conspiracy theorists who spread and plan protests against stricter measures,

On Tuesday, a senior official in the northern German state of Lower Saxony said the messaging app should be removed from Apple and Google stores if it refused to help tackle extremist content. (BBC)

Share
Previous US ready to sale of F-35s & drones to UAE: Antony Blinken
Next ‘America wants to enhance economic ties with Pakistan’