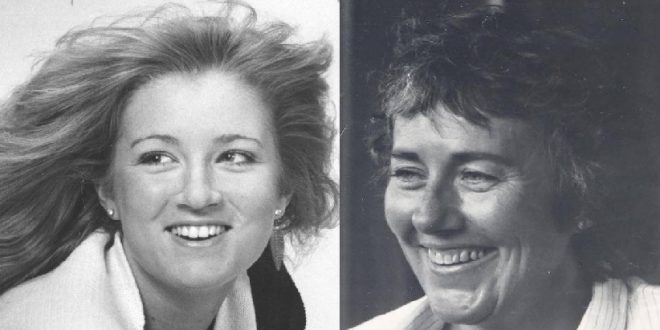 OTTAWA: Genealogical testing has led to an arrest in the 1983 murders of two women in Toronto, one of whom was the daughter of a founder of gold mining giant Barrick Gold, police said Monday.

Erin Gilmour, 22, and Susan Tice, 45, were found stabbed to death four months apart in late 1983 in their respective bedrooms after having been sexually assaulted. 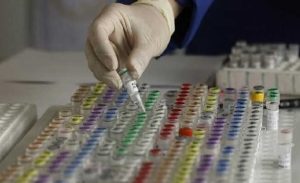 Joseph George Sutherland was taken into custody at his home in Moosonee, Ontario last week and charged with two counts of first-degree murder after police connected him to the crime scene via genealogical investigation using DNA.

Gilmour was an aspiring fashion designer and the daughter of David Gilmour, who co-founded Barrick, which was the world’s biggest gold mining company before it was overtaken in 2019 by rival Newmont.

Tice was a family therapist and a mother of four.

The two women lived just a few kilometres apart in downtown Toronto but did not know each other, according to police.

“The only way that this (case) was solved was advances in science,” Toronto police detective Steve Smith told a news conference.

He said police in 2000 had linked the two murders through the suspect’s DNA left at the scene. 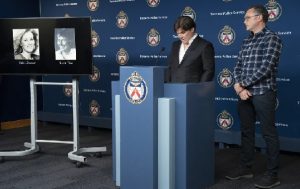 Smith noted that the suspect had not been a person of interest in the killings. “If we hadn’t utilised this technology, we never would have come to his name,” Smith said.

On behalf of the victims’ families, Erin’s brother Sean McCowan shared their relief after 39 years: “Erin and Susan are finally getting their day.”

“This is a day that I, and we, have been waiting almost an entire lifetime for,” McCowan said.

“In a sense, there’s a relief that someone has been arrested. Yet it also brings back so many memories of Erin and her brutal, senseless murder.”