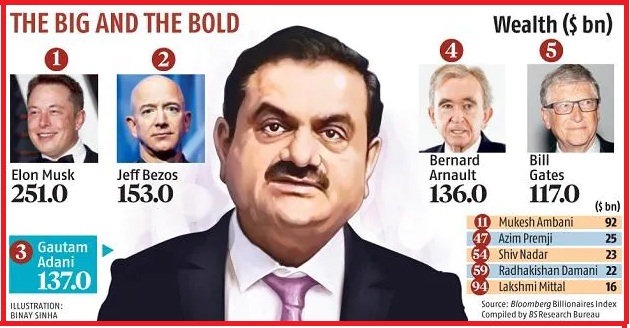 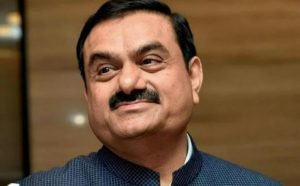 Reports show that Adani, who was already crowned as Asia’s richest man, is the first-ever Asian to break into the top three of the world’s wealthiest people.

Adani is the owner of the Adani Group which is the third largest conglomerate in India followed by Reliance Industries and Tata Group, reported India Today.

The business tycoon has his hands in multiple industries like green energy, airports, and gas. The group now aims to step into the telecom space.

Gautam Adani is now one of the top 10 wealthiest people in the world and has a net worth of $88.5 billion, which is roughly $600 million more than Mukesh Ambani’s net worth. 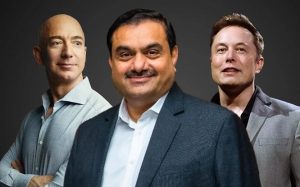 Ambani’s wealth saw a year-to-date fall of about $2.07 billion, while Adani’s increased by about $12 billion YTD, which made the former, the second richest person in India and Asia and 11th richest in the entire world. Ambani’s total net worth is $87.9 billion, as of February 8.

Ambani ranked first in the list of the wealthiest person in India and Asia in November of last year, with Gautam Adani trailing him by about $2.2 billion.

Gautam Adani has tapped into a basket of newly emerging sectors such as renewable and other green energy projects. Some Adani-owned firms such as Adani Total Gas Ltd and Adani Transmission Ltd have performed much better than others in the last year, with the former jumping by about 370% and the latter rising by 250%. Interestingly, Adani’s FMCG firm Adani Wilmar, which listed on the benchmark indices Tuesday, listed at a 4% discount in a tepid debut. 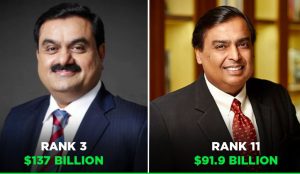 “The Adani Group has spotted and entered all the happening sectors at the right time, which has appealed to a select band of foreign portfolio investors,” Deepak Jasani, head of retail research at brokerage firm HDFC Securities Ltd told Bloomberg News. “The sectors are capital-intensive and the company has faced little difficulty in raising funds to expand,” he added.

Both the billionaires, who have bagged profits through oil and fossil-fuel intensive sectors, have been investing in a renewable energy push. Adani has committed to invest $70 billion this decade to help his company while Ambani has committed $10 billion over the next three years as part of a larger $76 billion spend plan in renewables, according to the Bloomberg report.