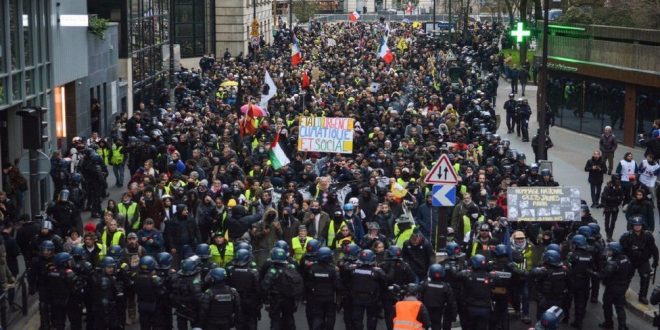 PARIS: President Macron’s reform program faces a make-or-break moment, as French unions stage a day of mass strikes and protests on Thursday against his plans to push back the age of retirement. 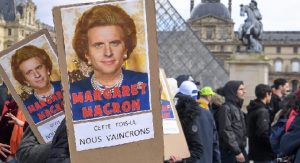 A new bill due to go through parliament will raise the official age at which people can stop work from 62 to 64.

Many schools and other public services are shut. At Orly airport in Paris, one in five flights has been cancelled.

On the Paris metro only the two driverless lines are working normally.

Large demonstrations drawing tens of thousands are expected in Paris and other cities, where police will be out in force in case of violence from ultra-left “black bloc” infiltrators.

Under the proposals outlined earlier this month by Prime Minister Elisabeth Borne, from 2027 people will have to work 43 years to qualify for a full pension, as opposed to 42 years now.

Hailed by the government as a vital measure to safeguard France’s share-out pension system, the reform is proving deeply unpopular among the public with 68% saying they are opposed, according to an IFOP poll this week. 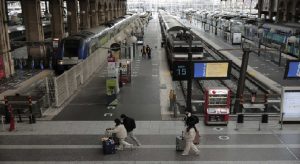 All the country’s unions – including so-called “reformist” unions that the government had hoped to win to its side have condemned the measure, as have the left-wing and far-right oppositions in the National Assembly.

“On Thursday the walls of the Élysée palace must tremble,” Communist Party leader Fabien Roussel said on Tuesday.

Because his Renaissance party does not have a majority in the Assembly, French President Emmanuel Macron will be forced to rely on support from the 60 or so MPs of the conservative Republicans party. Though in principle in favor of pension reform, even some of them have warned they could vote against.

With the parliamentary process expected to take several weeks, Macron faces a rolling campaign of opposition, with further days of action likely in the days ahead. The worst outcome for the government would be rolling strikes in transport, hospitals and fuel depots – effectively bringing the country to a standstill.

Political analysts agreed the mood of the country was hard to gauge, so it was impossible to predict whether the scale of the movement would be enough to force the president into a retreat. If that happened, it could mark the end of any serious reforms in this, his second term. 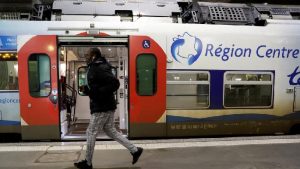 On the one hand, inflation, the energy crisis and constant reports of run-down public services have left many people feeling anxious and irascible. President Macron’s poor image outside the prosperous cities contributed to the “yellow-vest” insurrection four years ago, and could well do so again.

But on the other hand, pollsters have also identified a sense of resignation among many people, who no longer identify with “old-school” social movements such as the unions specialize in. Many will also be too concerned about the loss of a day’s income to go on strike.

The prime minister invoked the principle of “inter-generational solidarity” to justify the decision to make people work longer. Under the French system, very few people have personal pension plans linked to capital investments.

Instead the pensions of those who are retired are paid from the same common fund into which those in work are contributing every month. Workers know they will benefit from the same treatment when they retire. (Int’l Monitoring Desk)