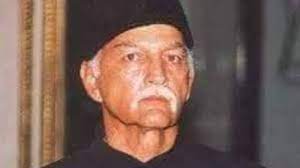 The 7th and the last Nizam of Hyderabad, Mir Osman Ali Khan proclaimed Prince Mukkaram Jha as the successor designate on June 14, 1954, and he was officially called the Prince of Hyderabad till 1971

Mir Barkat Ali Khan, who is also known as Prince Mukkaram Jha Bahadur, and the former eighth Nizam of Hyderabad passed away in Istanbul.

The statement issued by his office reads, “We are deeply saddened to inform that Nawab Mir Barket Ali Khan Walashan Mukarram Jah Bahadur, H.E.H The Eighth Nizam of Hyderabad passed away peacefully in Istanbul, Turkey late last night at 10.30 pm.

“As per his desire of being laid to rest in his homeland, his children are scheduled to travel to Hyderabad with the mortal remains of the late Nizam on Tuesday, January 17, 2023.”

On arrival, the body will be taken to The Chowmahalla Palace and after completing the required rituals the burial will take pAsaf Jahi family tombslace at the , said the release. The schedule and other details will be released soon.

The seventh and the last Nizam of Hyderabad State, Mir Osman Ali Khan proclaimed Prince Mukkaram Jha as the successor designate on June 14, 1954, and he was officially called the Prince of Hyderabad till 1971. Since 1954, Mukkarah Jha was identified as the eighth Nizam of Hyderabad. In 1971, the titular designations corresponding to States and privy purse were abolished by the Indian Union.

Mukarram Jah married five times. His first wife was a Turkish noblewoman, Esra Birgin who he married in 1959. Jah left his treasure trove in Hyderabad for a sheep station in the Australian outback and had to divorce his wife, as she did not want to move with him to Australia.

]In 1979, Jah married a former air hostess and employee of the BBC, Helen Simmons. She converted to Islam and changed her name to Aysha. After her death, Mukarram Jah married Manolya Onur, a former Miss Turkey in 1992. He divorced her after a five-year marriage in 1997. He married Jameela Boularous former Miss Morocco, in 1992. In 1994, he married Princess Ayesha Orchedi who is from Turkey.

CM KCR conveyed his deepest sympathies to the bereaved family members, said the CMO release. In recognition of Mukarram Jah’s social services in the fields of education and medicine for the poor as the successor of the Nizam, CM KCR directed Chief Secretary Santhi Kumari to conduct Jah’s last rites with the highest state honours

Share
Previous Plane with 72 people on board crashes in Nepal
Next PM Modi interacts with newly recruited Agniveers; Says Agnipath scheme to be game changer in strengthening Armed Forces & making them future ready