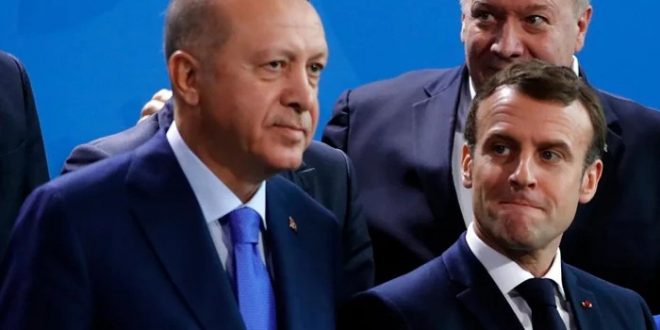 ANKARA: Turkish President Recep Tayyip Erdogan said that France was being led by an “incapable” president as he stepped up his personal quarrel with Emmanuel Macron.

Erdogan and Macron have traded insults for months after finding themselves on opposite sides of conflicts ranging from Libya and parts of the Middle East to Turkey’s maritime dispute with Greece.

Macron enraged Ankara last week by suggesting that Turkey “deserved something else” to the way Erdogan’s government was approaching foreign affairs.

The European Union will next week discuss sanctioning Turkey for sending its energy exploration vessels and warships into eastern Mediterranean waters claimed by Cyprus and Greece.

Erdogan told a virtual meeting of his ruling AK Party that Macron’s logic blaming Turkey for regional problems did not work.

“If Turkey withdraws from Syria, would Syria achieve peace?” he asked while going through a list of troubled countries in which Turkey and France back opposite sides. 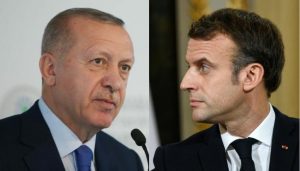 “If Turkey renounces everything, would France be rid of the mayhem provoked by the incapable and ambitious person who is heading France, and adopt a policy based on common sense?”

Animosity between the two has been building up since around the time Macron warned in November that NATO’s lack of response to a Turkish operation in northern Syria showed that the alliance was undergoing “brain death”.

Turkey backs the UN-recognized Government of National Accord in Tripoli in the conflict against eastern Libya strongman Khalifa Haftar.

France has long been suspected of favoring Haftar but officially denies this.

Their disputes escalated after France last month sent naval assets into the eastern Mediterranean to help out Greek warships shadowing Turkish ones in disputed seas.

Erdogan said the EU has been applying “double standards against us for a long time”.

“With the support of our nation, we will continue to do whatever is good, right and beneficial for our country,” Erdogan said. (Int’l Monitoring Desk)