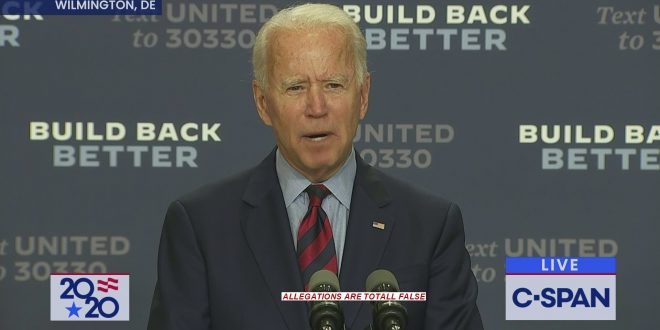 WASHINGTON: Democratic presidential candidate Joe Biden said in a televised town-hall said President Trump has been “totally irrational” in his handling of the coronavirus pandemic resulting in the loss of thousands of lives.

“If the president had done his job from the beginning all the people would still be alive,” Biden said at the event broadcast by CNN. 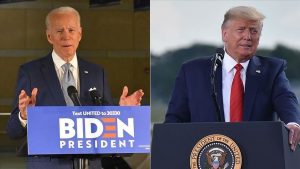 Trump failed to warn the American public about the serious risks of infection and has misled people about the value of wearing masks, Biden said.

“The idea that you’re going to not tell people what you’ve been told that this virus is incredibly contagious, seven times more contagious than the flu … He knew it and did nothing is close to criminal,” Biden said.

Attorney General Bill Barr, speaking to a conservative audience on Wednesday, compared the idea of a national coronavirus lockdown to “house arrest” and said it would be the worst government restraint on freedom since slavery.

In the Pennsylvania town-hall, Biden was asked by a patient advocate making $15 an hour at a cancer treatment center what he would do for health care workers. 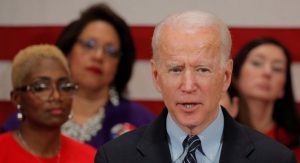 Biden said he would seek to raise wages and cast the choice between his economic policies and Trump’s as “a campaign between Scranton and Park Avenue.”

Asked by a voter how he would reach out to Trump supporters, Biden said he would seek to work with Republicans in Congress.

“I said when I announced the next president of United States is going to inherit two things – a divided nation and a world in disarray,” Biden said.

“I have made my whole career based on bringing people together and bringing the parties together,” Biden said.

“I am confident that with President Trump out of the way and his vitriolic attitude and his way of getting after people with revenge … there are going to be something like six or seven (Senate) Republicans who are willing to work together.”

On the other hand, “the allegations are totally false. We will consider every legal means available to hold The 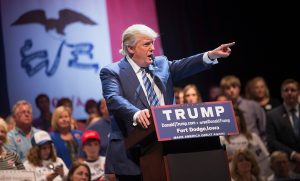 Guardian accountable for its malicious publication of this unsubstantiated story,” Jenna Ellis, a legal advisor to Trump’s campaign told the Reuters news service.

The Guardian newspaper reported that former model Amy Dorris alleges Trump assaulted her in 1997 in his VIP box at the US Open tennis tournament.

President Donald Trump will announce a new, $13 bn round of aid to US farmers at a campaign rally in Wisconsin on Thursday night, the Reuters news agency reported citing an unnamed person familiar with the president’s plan.

Wisconsin’s dairy and farming sector has been hard hit by both the White House’s trade policies and the COVID-19 pandemic. It is a battleground state in Trump’s presidential contest with Democrat Joe Biden.

Trump’s margin of victory in Wisconsin in 2016 over Democrat Hillary Clinton was by less than 1 percent of the vote and marked the first time the state went for a Republican presidential candidate since 1984. (Int’l Monitoring Desk)