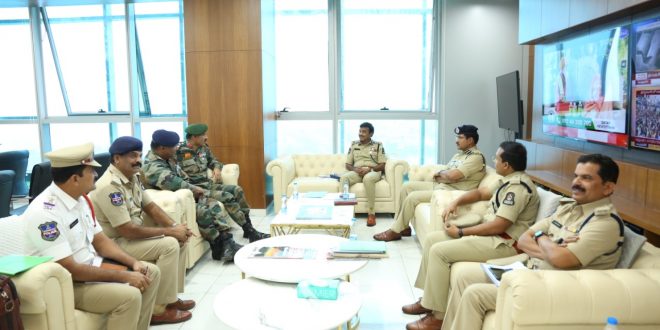 Hyderabad, Nov.2 (Press media of india):Today there was a meeting between the Cantonment authorities led by Brigadier Mr Soma Shanker GOC , Station incharge, Col.Sidharth and Hyderabad City police represented by Cv Anand CP Hyderabad. Following the visit of Hyderabad traffic police led by Jt cp Ranganath and DCP North zone Chandana Deepthi last week to the Office of the Station in charge in a bid to find an amicable solution to the problem of roads being closed for a decade now, there was a discussion today on the way forward. It was decided that a joint physical inspection will be taken up tomorrow by the Colonel ‘ s team and the DCP North traffic s team of all the roads to see which ones can be opened up for public traffic and which ones are sensitive . Decisions will be taken based on the above findings. 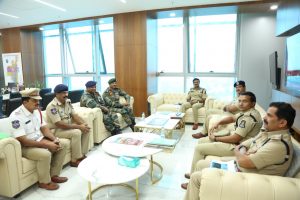 Mr Cv Anand said that “it is imperative that the needs of public convenience and freer flow of traffic are balanced with the needs of security of the military and defence establishments in the Cantonment area “ Brigadier and Station Commander said that “ in view of the growing population and vehicular traffic , we are also ready to consider the aspect of public convenience and review our stand”
The CP promised to deploy more traffic personnel on those roads ,patrol cars and patrolling teams to ensure the safety and security of the defence personnel. He also requested the civilians and public to be patient and not agitate or politicise this exercise being undertaken for finding a solution in an amicable atmosphere.(PMI)