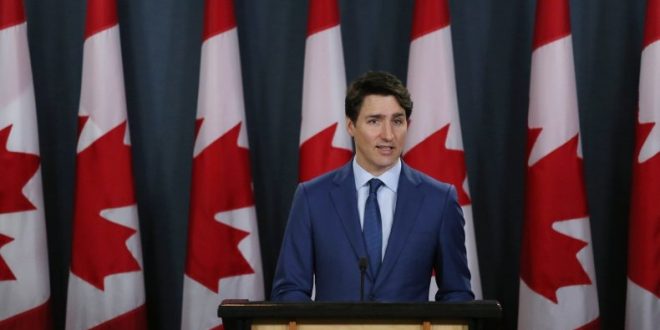 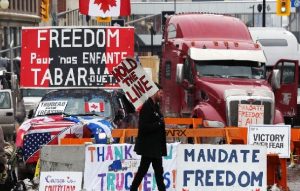 Trudeau made the comments during an appearance on Friday before an inquiry looking into Canada’s use of its Emergencies Act.

He said he didn’t feel police had a proper plan in place to end the anti-vaccine mandate protests.

Trudeau was the final person to testify in six weeks of hearings by the Public Order Emergency Commission, which is examining whether his government was justified in invoking the Act.

He told the inquiry he was concerned the protests posed a threat of violence, and his goal was to keep both protesters and the public safe.

As the Ottawa protests continued into February, and grew to include blockades at the Ambassador Bridge and Coutts border crossings, he said it became clear events were not “dissipating”.

In a mid-February raid, police found a cache of weapons among a small organised group within the larger Coutts protest – one of the incidents Trudeau cited as a specific concern. 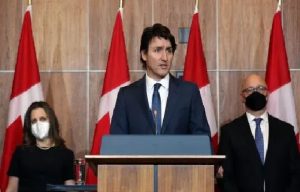 “We were seeing things escalate, not things get under control,” he said. The protests, the prime minister added, seemed more aggressive than other political demonstrations.

The Act, in place between 14 February and 23 February, helped bring an end to three weeks of “Freedom Convoy” protests in Ottawa and elsewhere in Canada.

It allowed the government to impose bans on public assembly, to prohibit travel to protest zones, and gave it the ability to freeze bank accounts, among other measures.

Critics say Trudeau’s invocation of the Emergencies Act was an overreach of government power and could set a precedent for its use to quell future protests.

The inquiry has heard from dozens of witnesses, including police, intelligence officials and protesters, over the last six weeks.

In his testimony, Trudeau said that he would not have used the powers had he felt there was another option. 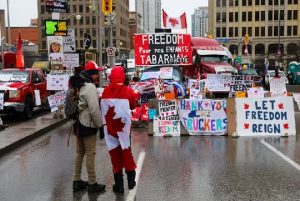 “If I had been convinced that other orders of government or any other law in Canada was sufficient to deal with this emergency, then we wouldn’t have met the threshold” to invoke the Act, he said.

The inquiry additionally heard the prime minister and other government officials considered introducing legislation to clear the crowds, but decided passing a bill through parliament would take too long.

A call between Trudeau and President Joe Biden during the protests, where he sought to reassure his US counterpart that Canada remained a “reliable partner” and a “safe neighbor” in spite of the blockades, was also briefly raised.

An independent inquiry after the Act’s use is required under the law, and a final report on the findings will be tabled in February 2023. (Int’l Monitoring Desk)