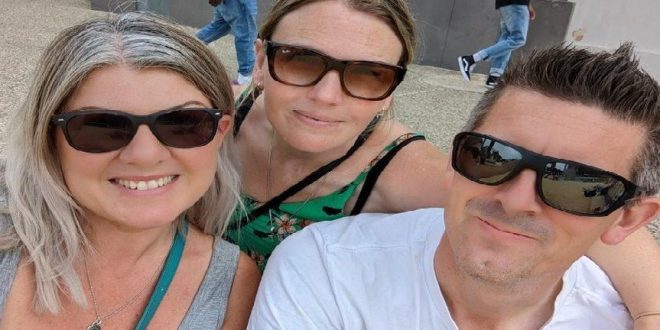 MELBOURNE/ BRISBANE: A British mother-of-two killed while defending her home in Australia on Boxing Day has been remembered by her husband as the “glue” of their family.

Two 17-year-old boys will face court charged with the murder of Emma Lovell, 41, and the attempted murder of her husband Lee Lovell, 43. 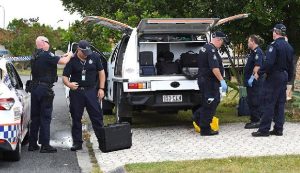 The couple, originally from Ipswich, Suffolk, were allegedly attacked on Boxing Day at their home in North Lakes, 30 miles north of Queensland’s capital Brisbane.

Superintendent John Hallam, from Moreton Police, told reporters Mr and Mrs Lovell were “disturbed inside the dwelling and were defending their house” at 11.30pm on Monday when they confronted the teenagers.

Police said in a statement that the altercation moved out to the front yard, where Lovell was allegedly fatally stabbed in the chest.

Returning home from the Royal Brisbane and Women’s Hospital after treatment for a non-life threatening stab wound, a visibly upset Lovell said his family was “devastated”.

“Emma was the glue to our family,” the 43-year-old told reporters.

“She was such a beautiful person. We’re all just devastated from her loss.

“It’s senseless. I don’t know what people do it for.” 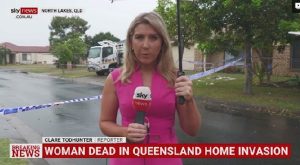 The couple, who had reportedly had been in Australia for more than 10 years but were originally from Ipswich, are parents to two daughters.

Lovell previously shared photographs on social media of them together at a nearby Sunshine Coast beach on Christmas Day.

Police allege the teenage boys had run off after the stabbings and were found, with the assistance of the dog squad, with two other youths nearby just before 4am on Tuesday.

The two 17-year-old boys, one from Brisbane’s Holland Park and the other from the city’s Zillmere, will face Brisbane Children’s Court on Wednesday charged with one count each of murder, attempted murder and enter dwelling with intent in company.

Both have been denied bail, while a 17-year-old boy and a 16-year-old boy continue to assist police with inquiries. 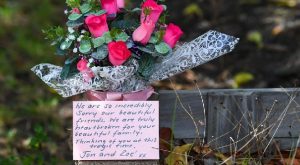 A fundraiser set up for the Lovell family had raised nearly £24,000 pounds by 2am on Wednesday.

Queensland Police have commenced a homicide investigation after an incident in North Lakes late last night.

On the other hand the Aussies (people of Australia from different walks of life) are reacting against government, politicians, authorities, Law Enforcing Agencies (LEAs)

Especially police, majority of Aussies criticizing against them through social media, they say, “the government needs to wake up and get harder on these criminals”, “we need better laws. If we arrest and reform these kids early on then we may be able to prevent these situations from occurring. It shouldn’t matter whether or not they’re kids, they still chose a life of crime and should be punished accordingly”, “DV and Children’s court should be separate days from other court matter’s but in Queensland the DPP likes to have children and DV victims sit with dangerous Drug Trafficking King PINS looking for venerable people especially children to Mule drug’s around regional Towns”.