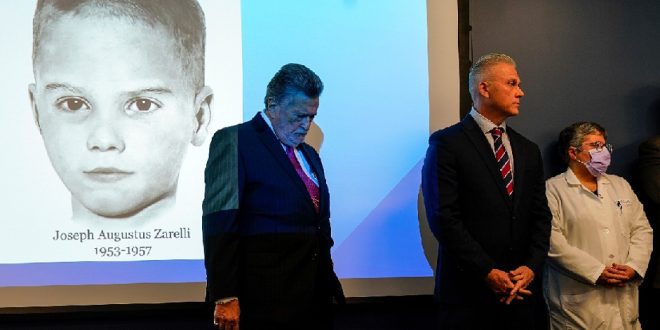 ‘Boy in the box’ identified after 65 years in America

PHILADELPHIA: Police have identified a young boy found dead in a box in the city of Philadelphia more than 60 years ago. 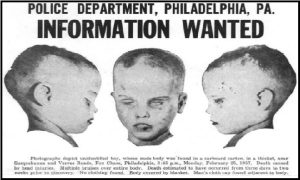 The child, known to generations as the “Boy in the box”, has been identified as Joseph Augustus Zarelli.

Police say DNA technology and detective work helped them finally name the youngster in the case that remains the city’s oldest unsolved murder.

At a press conference on Wednesday, police said they would not release the name of the boy’s parents and declined to say who was responsible for his death.

The case remains an active investigation, the police said, calling on the public for help filling in the details of the boy’s life.

Detectives had attempted to use DNA testing to identify the boy from his remains before, but the sample was insufficient. A forensic specialist was later able to use the same DNA sample to identify relatives of the boy.

Authorities searched birth and adoption records to connect the boy to his relatives. He was born 13 January, 1953, the department said. 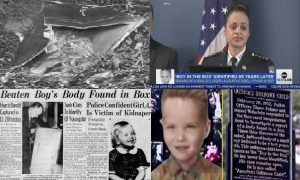 In February 1957, the remains of a boy between the ages of four to six were found wrapped in a blanket inside a cardboard JC Penney bassinet box in a wooded area in the Fox Chase neighborhood of Philadelphia.

The boy, who was naked and badly bruised, weighed only 30 pounds and had several small scars on his body, according to the National Center for Missing & Exploited Children. He was beaten to death, according to police.

Posters with the boy’s photo were distributed all across the city.

Local police, detective doctors and DNA analysts have tried for decades to crack the case, following hundreds of local and national tips.

The case also became a fascination for volunteer professional sleuths, including one group called the Vidocq Society who police thanked for their assistance during the Wednesday press conference.

Detectives have followed thousands of leads with no success, including that the boy was kidnapped from a Long Island, New York supermarket and that he was a Hungarian refugee. 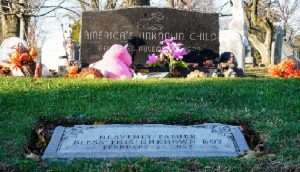 The boy’s remains have been buried at a local cemetery with a tombstone that reads “America’s Unknown Child”.

No one should “have to wait this long” for their name and story of their life to be told, Police Commissioner Outlaw said Wednesday.

Philadelphia police announced Joseph Augustus Zarelli was the name of the victim in the notorious “Boy in the Box” case in a press conference Thursday.

Police say the case is one of Philadelphia’s oldest unsolved homicides, dating back to February 1957. The homicide investigation remains active.

Police did not release the identity of Joseph’s parents, but said they were both deceased. (Int’l Monitoring Desk)

Share
Previous Pope breaks down in tears over war in Ukraine
Next Sanitation shouldn’t be a problem to teachers in govt schools: Kishan Reddy