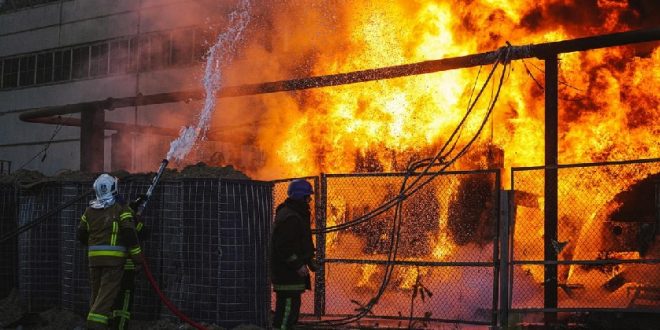 KYIV: More than 10 million Ukrainians are without electricity after dozens of Russian air attacks on the country’s energy infrastructure as winter sets in and temperatures plummet, President Volodymyr Zelensky has said.

Repeated barrages disrupted electricity and water supplies across Ukraine, but Russia blamed the civilian suffering on Ukraine’s refusal to negotiate an end to the war that began on February 24. 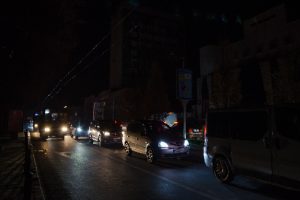 On Thursday, residents of the recently recaptured city of Kherson in southern Ukraine rushed to stockpile food, blankets, and winter clothing, with shouting matches and shoving erupting as volunteers tossed supplies into the crowds that waited hours in freezing rain.

Several Ukrainian cities were attacked as the latest assault coincided with the season’s first snow, and officials in Kyiv warned of “difficult” days ahead.

“Currently, more than 10 million Ukrainians are without electricity,” Zelenskyy said on Thursday, adding the regions of Odesa, Vinnytsia, Sumy and Kyiv were most affected.

“Civilian sites are the main target. Russia is waging war on electricity and heat for people by blowing up power plants and other energy facilities,” said Zelenskyy.

In the southern Odesa region, a Russian raid hit infrastructure and the governor warned residents of the threat of a “massive” missile attack, urging them to seek shelter. 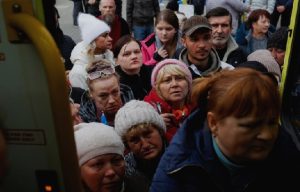 In response, Zelenskyy described Russia as a “terrorist state” and said Moscow “wants to bring Ukrainians only more pain and suffering”.

Russia, however, said Kyiv was ultimately to blame for the blackouts.

“The unwillingness of the Ukrainian side to settle the problem, to start negotiations, its refusal to seek common ground, this is their consequence,” Kremlin spokesman Dmitry Peskov said.

“Therefore, it’s difficult to imagine public negotiations … One thing is for sure: the Ukrainians do not want any negotiations.”

Peskov said in this context Moscow would continue what it calls a “special military operation”, and missile raids on targets across Ukraine were the result of Kyiv not being willing to meet at the negotiating table. (Int’l Monitoring Desk)