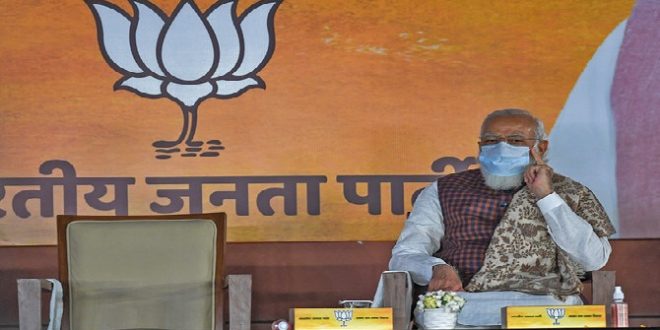 NEW DELHI/ BIHAR: Prime Minister Narendra Modi’s party on Tuesday lost power in Bihar, the third most populous state in India, after its regional ally broke ranks to join an opposition alliance that now has the majority to form the next government. 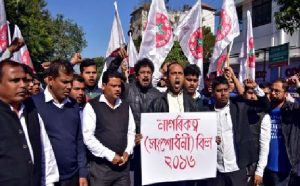 Bihar sends the fourth most number of elected lawmakers to parliament and the fall in government there is a rare setback for Modi’s Bharatiya Janata Party (BJP), which dominates politics in the country.

Bihar’s coalition collapsed ahead of the 2024 general election, which the BJP is still expected to win for a third straight term unless disparate opposition parties are able to come together to overcome Modi’s popularity.

Bihar Chief Minister Nitish Kumar, from the regional Janata Dal (United) party, told reporters he resigned after his party colleagues recommended exiting the BJP coalition. He accused the BJP of trying to undermine his party, a charge the BJP denied.

Kumar said his new alliance, with the regional Rashtriya Janata Dal as its biggest constituent, had a comfortable majority and that a new government would be formed soon.

The BJP said Kumar had betrayed it and the people of Bihar, after having together won the last state election in 2020. 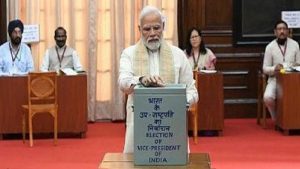 The BJP coalition won 39 out of the 40 parliamentary seats in Bihar in the 2019 general election, helping Modi win one of the biggest mandates in India in decades.

“I am sure the people of Bihar will teach Nitish Kumar a lesson,” said state BJP chief Sanjay Jaiswal. “We will keep fighting. We will not only do well in 2024, but also win more than two-thirds of the total assembly seats in the next state election in 2025.”

On the other side the Reserve Bank of India is likely to raise its key policy rate by upto 60 basis points by the end of 2022, before pausing, but the pace of rate hikes is likely to slow down, analysts said.

“We are retaining our view of a terminal policy rate of 6% […] We expect a 35 bps hike at the next meeting in September and a final 25 bps hike in December, before growth concerns and the cumulative rate hikes delivered thus far lead the MPC to shift into an extended pause,” Nomura economist Sonal Varma said in a note. 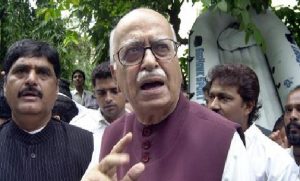 The RBI’s monetary policy committee (MPC) raised its repo rate by 50 basis points on Friday, the third increase in the current cycle, to cool stubbornly high inflation that has remained above its tolerance band for six straight months.

The RBI has hiked the repo rate by an aggregate of 140 basis points since it started its rate hike cycle through an unscheduled meeting in May. It is scheduled to meet in September as well as in December.

Kotak Mahindra Bank said it expects the repo rate to be raised to 5.75%-6.00%, and the RBI to continue with rate hikes as a line of defence, for rupee stability and against elevated inflation.