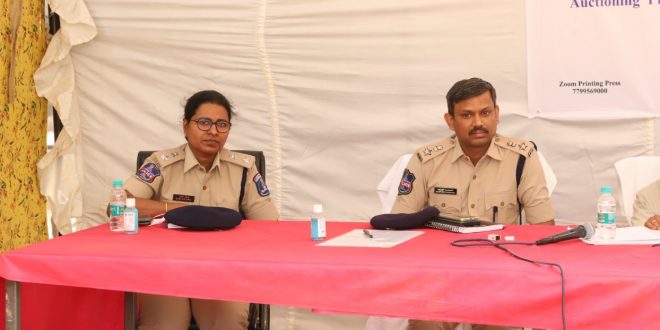 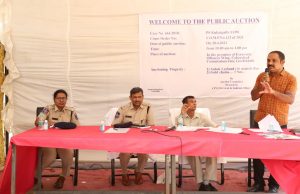 Refer:-Cr.No. 664/2021, u/s 420 IPC & Sec. 5 of Telangana State Protection of Depositors of Financial Establishments Act- 1999 of KPHB PS/EOW, Cyberabad.( Karakkaya case),wherein the accused has collected deposits in the name of sale of Karakkaya and payment of commission on handing over the powdered karakkaya to the accused. In this way, the accused cheated more than 425 victims and collected an amount of 3 crores. During the investigation, the accused A2-A7 ( A-2 Maturi Devraj Anil Kumar @ Rajan, A-3 MuppalaMallikarjuna, A-7 Vadde Venkaiah Naidu @ Venkaiah)were arrested and their properties were seized. 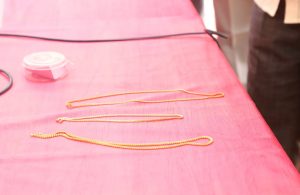 The properties include one motor cycle (2 wheeler), one mini bus and gold ornaments weighing 80 grams, apart from the seized cash of 59.5 lakhs. Subsequently, interim attachment orders from the government, absolute orders from the MSJ Court, Ranga Reddy District were obtained.Hon’ble Court of Metropolitan Sessions Judge, Cyberabad, Ranga Reddy District, at L.B. Nagar, in the case of Crl M.P. No. 423 of 2021 in Cr.No. 664 of 2018 of PS KPHB/EOW vide order dt. 27th September, 2021 has ordered for sale of properties pertains through public auction. Accordingly the auction committee meetings were conducted and valuation reports of the properties were obtained from the concerned authorities. 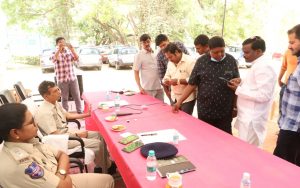 Further, e- auction was conducted for two wheeler and the mini bus during February, 2022 in which two wheeler was sold and the bus remained. 2ndPublic auction notice was given during last week of March, 2022 and today the physical public auction of gold ornaments was conducted in the premises of CP, Cyberabad office, in the presence of Competent Authority, CP, Cyberabad, Retired Judicial officer, Sri Sambashiv, DCP Crimes, Sri KalmeshwarShingenawar, DCP, EOW, Smt KavithaDara, Inspector Bhaskar and staff of EOW, Cyberabad.No bidder came forward for the bus and the auction of the bus will be conducted again in due course of time as per the procedure.

After the auction process is completed, the victims will be disbursed with the cash on proportionate basis with the help of Chartered accountant and bank authorities.(PMI)