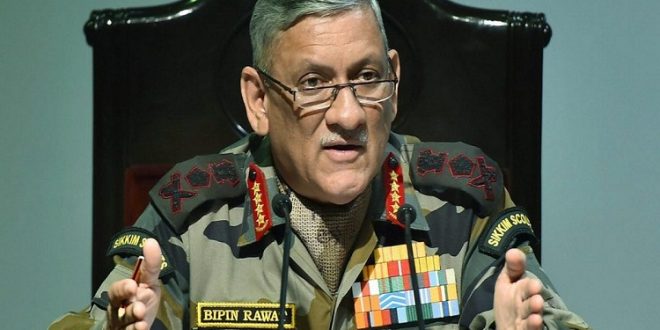 Army Chief General Bipin Rawat today said that terrorism is spreading like a ‘multi-headed monster’ and it will stay as long as some nations continued to use it as a state policy.

Speaking at a panel discussion in Delhi, he cautioned that terrorism is becoming a new form of warfare with weaker countries using it as a state policy to put pressure on another country.

Post Views: 121
2019-01-09
admin
Previous PM Modi says govt is striving to ensure life of dignity to every poor person, irrespective of caste or creed
Next SHE TEAMS CYBERABAD RECEIVED 1,747 COMPLAINTS