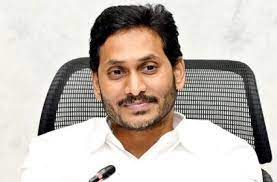 ALL TYPES OF CANCERS UNDER FREE TREATMENT-APCM YS JAGAN

Tirupati, May 5 (Press media of india): As a part of the Andhra Pradesh Government’s chief motto of comprehensive cancer care in the state, all types of cancers are brought into the bracket of free treatment, said the  CM of Andhra Pradesh,  YS Jaganmohan Reddy.

After inaugurating the Sri Venkateswara Institute of Cancer Care and Research (SVICCAR) by TATA Trust in the Temple City of Tirupati on Thursday afternoon, speaking on the occasion, the CM said, it is a welcoming gesture by TATAs to set up a master piece cancer care institution in Tirupati. “With this initiative of TATAs collaborating with TTD and State Government of Andhra Pradesh will definitely address the gap of cancer care infrastructure in the state providing quality medi-care for cancer to the needy at an affordable price”, he expressed.

Adding further he said, the State Government has requested TTD get into the medical services in a big way for the benefit of many suffering. The ultimate goal is that no single patient shall die of cancer in the state or rush to neighbouring states for treatment.

He said with the co-operation of TATA and renowned Onchologist Dr Nori Dattatreyudu, the state government aims to set up State-of-Art Onchology centre soon.

Earlier in his address on the occasion, renowned Radiation Onchologist and Advisor to AP Government Dr Nori Dattatreyudu complimented the CM for his vision on cancer care and treatment. He said the Chief Minister is committed to construct three comprehensive cancer hospitals across the state. He also suggested to have Paediatric Onchology Center, Preventive Onchology, Center for Pain and Palliative Care as AP is the only state in India which has realized the importance of Cancer treatment, he maintained.

Earlier the CM has also shown a five minute AV on TATA cancer care. The CEO of TATA Trusts  N Srinath, Chief Executive of ACF Dr Sanjiv Gupta and other doctors were introduced to the CM of AP.

Later Dr VR Ramanan, the Medical Director of SVICCAR explained the CM on various facilities available and said the TATA cancer care has developed on four pillars including enhanced access, uniform high quality care, affordable care and early detection through awareness programs. He had also shown the equipment, true beam lab and other diagnosing units present in the hospital and explained their functioning.