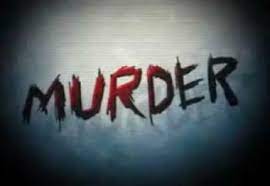 Hyderabad, May 5 (Press media of india): The Abdullapurmet Police on Thursday arrested one accused at ORR, who murdered his wife and her lover by hitting with hammer, screw-driver and boulders on their vital parts of body.

The deceased-1 Yedla Yashwanth alias Bunny, 22, driver, resident of Boudhanagar, Warasiguda, Secunderabad and Kolipaka Sathyavathi alias Jyothi, 35, residing at Namalagundu, Warasiguda, Secunderabad (second wife of the accused) were having sex naked. Meanwhile, the accused as planned earlie, armed with a hammer and a screwdriver attacked them indiscriminately on their heads, due to which both fell on the  ground. Later, the accused attacked them with boulders as a result both died on the spot.

The accused was identified as Kolipaka Srinivasa Rao, 49 yrs, scrap dealer residing at Namalagundu, Warasiguda, Secunderabad, and native of Payakapuram, Vijayawada. The accused along with his wife migrated to Hyderabad for eking of livelihood and residing agt Warasiguda. Meanwhile, deceased Yedla Yashwanth came into contact with Sathyavathi alias Jyothi and developed illegal intimacy and continued till their death. After coming to know the affair, the accused admonished them to stop the illicit relationship, but the D-1 & D-2 didn’t change their attitude and continued illicit relationship and they also used the house of the accused for their sexual desires.

The accused bore grudge and pre-planned their murder and executed it.

The accused was arrested on Thursday  at 6 am near ORR and produced before the court for judicial remand. (PMI)