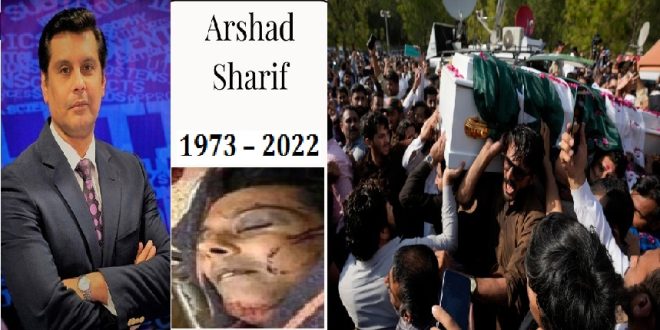 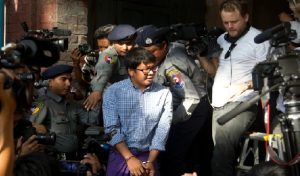 PARIS/ ISLAMABAD: The number of journalists imprisoned around the world has hit a new record, according to an annual tally by press freedom watchdog, Reporters Without Borders (Reporters Sans Frontieres, or RSF).

A total of 533 media professionals were imprisoned in 2022, up from 488 last year, the RSF’s Annual Press Freedom Review published on Wednesday found.

“More than a quarter of them were imprisoned during the year,” said the Paris-based watchdog which has been publishing the annual tally since 1995.

Iran’s protest crackdown has helped push the number of jailed journalists worldwide to a record high, the organization found.

Among the 47 journalists currently in prison in Iran, 34 have been arrested since protests broke out in September over the death in custody of 22-year-old Mahsa Amini, who was arrested for breaching the country’s strict dress code. 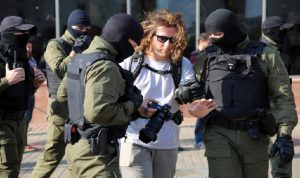 Iran, the only country that was not part of the list last year is one of three countries with the most media prisoners, alongside China and Myanmar.

In Myanmar, journalism is “effectively a criminal offence” since the military coup in 2021, with 62 journalists currently imprisoned, the RSF said.

Eighteen media workers, including eight from Ukraine, are currently imprisoned in Russia, where all independent media have virtually been banned, it said.

“Dictatorial and authoritarian regimes are filling their prisons faster than ever by jailing journalists,” said Christophe Deloire, RSF secretary-general, in a statement.

Only a little more than one-third of the imprisoned media workers across the world have been convicted. The remaining two-thirds are in prison without trial. 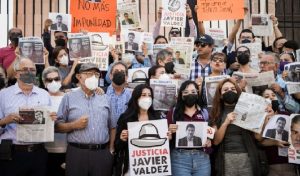 “Some of them have been waiting for their trial for more than 20 years,” the RSF said.

Fifty-seven journalists were killed, due in part to the war in Ukraine, up from 48 and 50 in the last two years respectively.

Eight journalists have been killed reporting on the war, five of them from non-combatant countries.

The RSF said nearly 80 percent of media professionals killed around the world in 2022 were “deliberately targeted in connection with their work or the stories they were covering”, such as organized crime and corruption cases.

The number of female journalists in prison is also at an all-time high worldwide, rising from 60 to 78 since 2021, largely due to greater numbers entering the profession.

The NGO awarded its Prize for Courage on Monday to Iranian journalist Narges Mohammadi, who has been repeatedly imprisoned over the past decade.

Three-quarters of jailed journalists are concentrated in Asia and the Middle East, said the RSF.

Deloire said the new record “confirms the pressing and urgent need to resist these unscrupulous governments and to extend our active solidarity to all those who embody the ideal of journalistic freedom, independence and pluralism”. 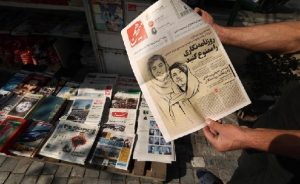 The International Federation of Journalists (IFJ) today renewed its call on the international community for concrete action to protect the safety and freedoms of journalists as it recorded a spike in the numbers of journalists killed or imprisoned during 2022. The vote on the IFJ Convention on the Safety and Independence of Journalists by the UN General Assembly has become urgent. The IFJ released the latest figures ahead of International Human Rights Day, recording 67 killings of journalists and media staff in the line of duty in 2022 compared to 47 last year – a reversal of the decline recorded in recent years.

The war in Ukraine accounts for 12 media fatalities, the highest number in the 21 countries where deadly incidents have been recorded but the rule by terror of criminal organisations in Mexico, and the breakdown of law and order in Haiti, have also contributed to the surge in killings, with 11 and 6 documented respectively.

Journalists in Colombia face renewed violence, threatening to make the country a killing zone for journalists and media workers once again and shattering the prospects for media freedom following the political settlement to end decades of bloody civil war.

In Asia Pacific, the new leadership in the Philippines brought no respite to deadly attacks on journalists with 4 killings in the first year of Ferdinand “Bongbong” Romualdez Marcos Jr’s presidency, while 5 journalists lost their lives in the political crisis in Pakistan. 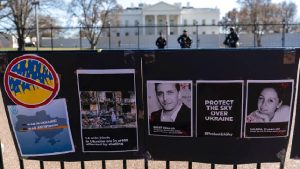 The Middle East and Arab World saw the killings of media professionals rise from 3 last year to 5, including the shooting in broad daylight of veteran Al Jazeera journalist Shireen Abu Akleh. Four journalists were killed in Chad and Somalia, meaning Africa recorded the lowest number of deaths among the five regions on the IFJ’s Killed List list behind the Americas (29), Asia Pacific (16), Europe (13) and Middle East and Arab World (5).

“The surge in the killings of journalists and other media workers is a grave cause of concern and yet another wake up call for governments across the globe to take action in the defence of journalism, one of the key pillars of democracy,” said IFJ General Secretary Anthony Bellanger. “The failure to act will only embolden those who seek to suppress the free flow of information and undermine the ability of people to hold their leaders to account, including in ensuring that those with power and influence do not stand in the way of open and inclusive societies. It is now time for the UN General Assembly to pass the IFJ Convention on the Safety and Independence of Journalists.”

The IFJ’s list also shows that political repression has reared its ugly head during 2022 from China to Belarus, and from Egypt to Hong Kong, Iran, Myanmar, Turkey and Russia in a bid to silence media and crush protests for

freedom. Journalists have been among the first victims of the crackdowns with at least 375 journalists and media workers currently behind bars, a new high since two years ago when the IFJ began publishing lists of jailed journalists to mark the International Day for Human Rights.

“These figures make for grim reading and cast serious doubts on the political will on the part of governments to address such grave threats to media freedom,” added Bellanger. “The number of journalists being held for simply doing their job makes a mockery of the lofty declarations on human rights and media freedom made by too many governments and trumpeted at international conferences. Such commitments ring hollow to those languishing in prisons with no charges nor any lawful basis for their arrest. It’s time for the international community to act to ensure all journalists illegally held are freed.”