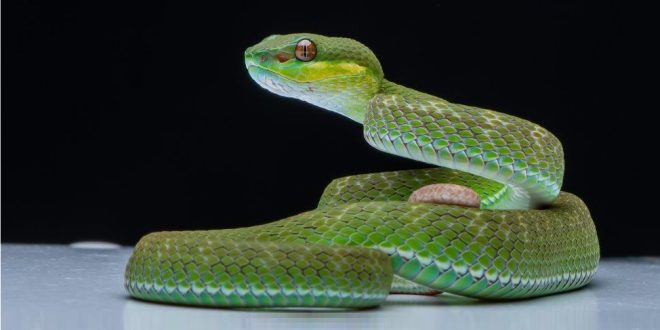 MELBOURNE: Scientists have discovered that snakes do have clitorises, shattering a long-held assumption that the females didn’t have a sexual organ. 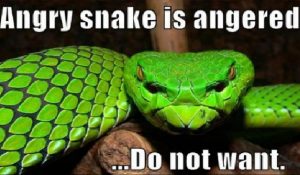 Snake penises, hemipenes have been studied for decades. They are forked and some are embedded with spikes but the female sex organ had been “overlooked in comparison”, researchers said.

It wasn’t necessarily that it was elusive – rather, scientists weren’t really looking for it.

“There was a combination of female genitalia being taboo, scientists not being able to find it, and people accepting the mislabeling of intersex snakes,” said Megan Ms Folwell, a doctoral candidate and lead researcher.

Her co-authored paper published in the Proceedings of the Royal Society B Journal this week locates the clitoris in a female snake’s tail.

Snakes have two individual clitorises, hemiclitores, separated by tissue and hidden on the underside of the tail. The double-walled organ is composed of nerves, collagen and red blood cells consistent with erectile tissue, researchers said. 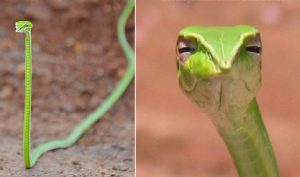 Folwell said she started looking for it because the literature she had read about snake’s female sexual organs that they didn’t have them or had been bred out through evolution “just didn’t quite sit right with me,” she said.

“I know it (the clitoris) is in a lot of animals and it doesn’t make sense that it wouldn’t be in all snakes,” she said.

“I just had to have a look, to see if this structure was there or if it’s just been missed,” she said.

She started on a death adder and found the clitoris – a structure in the shape of a heart pretty immediately, near the snake’s scent glands which are used in attracting mating partners.

“There was this double structure that was quite prominent in the female, that was quite different to that of the surrounding tissue and there was no implication of the (penis) structures I’ve seen before.”

Her team then checked this in a variety of snakes dissecting a total of nine species including the carpet python, puff adder and cantil viper. The hemiclitores varied in size but were distinct. 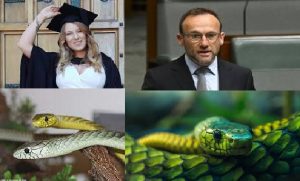 The finding now allows for new theories about snake sex – which could involve female stimulation and pleasure.

Until now, scientists believed snake sex was “mostly about coercion and the male snake forcing the mating,” says Folwell.

This was because male snakes were typically quite physically aggressive during mating while the female was more “placid” but “now with the finding of the clitoris we can start looking more towards seduction and stimulation as another form of the female being more willing and likely to populate with the male,” she said.

It also casts a new light on hypothesized snake foreplay. Male snakes will often wrap around their partner’s tail – where the clitoris is located – and pulse.

“There’s a lot of behavior potentially signaling they might be there to stimulate the female.”

Folwell said there had been a positive reception to the finding in the snake science world – “a bit of shock that it’s been missed for so long, but also surprise because it makes sense that it exists”. 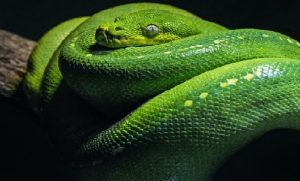 She noted that in some snake species, the clitoris is fragile and particularly small – less than a millimetre.

There had also been a prevailing belief that female snakes had a smaller version of the male hemipene, as is the case in monitor lizards. As such, in some studies of intersex snakes, scientists had mislabeled a hemipenes as a hemiclitores.

One of the other researchers on the project, Associate Prof Kate Sanders at the University of Adelaide, said the discovery wouldn’t have happened if not for Folwell’s “fresh perspective”.