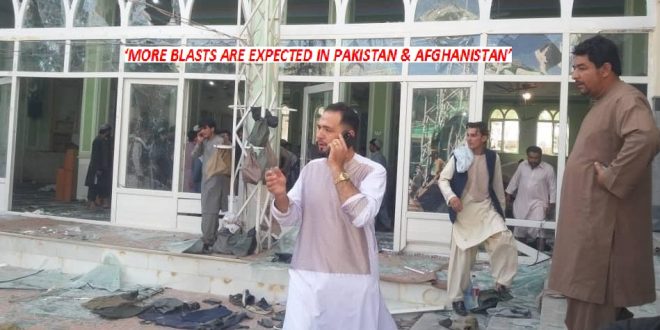 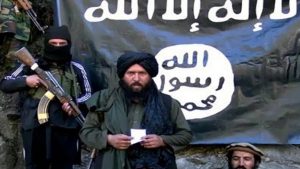 KABUL/ ISLAMABAD/ KARACHI: 57 Shia Afghanis those were involved in worship were martyred while dozens wounded in a blast on Thursday that targeted a mosque in Mazar-e-Sharif, the capital of Balkh province.

The Si-Dukan Mosque was hit by a blast while it was being visited by crowds of worshipers.

Daesh claimed responsibility for the attack, according to a statement on the group’s Telegram channel.

The head of the Provincial Department of Security, Mohammad Asif Waziri, said that the blast was due to explosives placed inside the mosque.

However, some sources said 57 people were martyred and 87 were wounded. 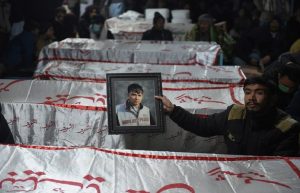 Idris is one of the wounded. “I was here when the attack happened. When they say (the number of casualties) is around 20 to 25, (they) lie. The first and second line of the prayers were severely hit and only the people in the third and fourth lines were safe.”

According to the witnesses, around 400 people were attending the mosque for prayers.

“It was a very horrific incident. The number of the victims was high,” said Mohamad Yasin, a witness.

“Our Shia people gathered to pray here. I went to the hospital to give blood but they didn’t let me. The casualties are high,” said Sayed Ali, a witness.

No one has claimed responsibility for the attack so far.

The residents of Mazar-e-Sharif are in shock from the blast and called for the perpetrators to be held accountable. 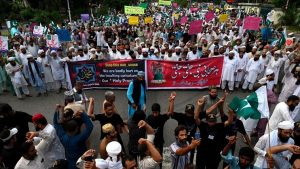 that took place during especial prayers of 19th Ramzan (Yaum-e-Ali-AS/ the First day of martyrdom of First Imam of Shia Muslims celebrated across the world) and because of Friday Night, a large number of Shia Afghanis were gathered in Mosque+ Imambargah but the local as well as national and international media did not report the incident just because the fear and threat of Daesh (ISIS/ ISIL/ Al-Qaeda, Taliban and many other anti-Shia  Terrorist Organizations) as they restricted earlier, sources told PMI.

Sources further revealed that dozens of Anti-Shia Terrorist Groups and Organizations, like Taliban, al-Qaeda, Daesh, ISIS, ISIL, IS, Jaish-e-Muhammad (JeM), Sipah-e-Sahaba Pakistan (SSP), Lashkar-e-Taiba (LeT), Tehreek-e-Taliban Pakistan (TTP), Tehreek-e-Taliban Afghanistan and dozens of other Taliban chapters, Jundullah, Ahl-e-Sunnat-Wal-Jamat (ASWJ) and Lashkar-e-Jhangvi (LeJ) are not only existing in Pakistan and Afghanistan since a long but these terrorist organizations and some individual groups have several plans to spread terrorism in both countries while these groups may also get their targets across the world and Australia and France are their hit 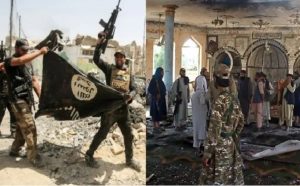 list just because of the week performance of their LEAs and insincerity, irresponsibility  and immaturity of their regimes.

These terrorist groups have finalized their targets in Pakistan on the occasion of Ayyaam/ yaum-e-Ali-AS (three days gatherings, processions and ceremonies in Karachi, Lahore, Peshawar, Quetta, Islamabad, Kabul, Kandahar and most Shia populated cities of Afghanistan) while neglecting all pre-matured alarms and alert and ignoring all measures in this connection, the Pakistani LEAs, Authorities even concerned Governmental Characters (including current Ruling and Opposition leaders) are not ready to protect Shia-Muslims like they did nothing in past and  at present they been closing their eyes deliberately, knowingly, willingly and criminally as per their plans and policies given them by Kingdom of Saudi Arabia (KSA), Israel, America, France and Australia, sources added.