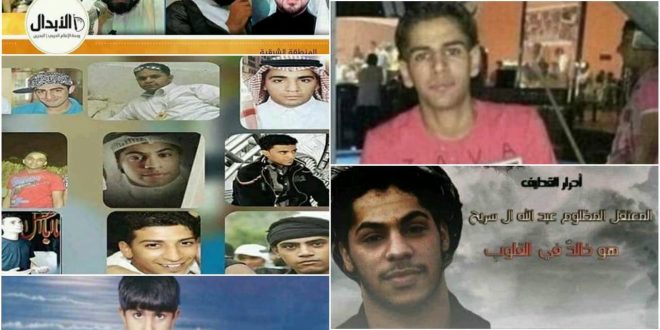 DAMMAM/MELBOURNE: US-bound student among 37 innocent Shia Muslims were brutally beaten and tortured before beheading on Tuesday while, after cutting heads-off, bodies of some people were also displayed at the prominent public places of Kingdom of Saudi Arabia (KSA) to spread fear and to show the writ of Aal-e-Saud’s regime in the country.

Sources further claimed, a young man held as he was set to fly to America to start university was among 37 people beheaded by Saudi Arabia for what it called “terror-related crimes”.

Mujtaba al-Sweikat, below, was 17 when he was detained at the airport in the Saudi city of Dammam on his way to Western Michigan University in 2012, after allegedly attending a pro-democracy rally earlier that year during Arab Spring protests that swept the Middle East.

He was severely beaten all over his body, including the soles of his feet, and convicted after a confession extracted through torture, according to the campaign group Reprieve. It said two others executed on Tuesday were arrested as teenagers and tortured.

Reprieve claimed many of the people killed had been convicted of “non-lethal crimes”, such as attending protests, and added: “This is another egregious display of brutality by Crown Prince Mohammad Bin Salman.”

Al-Sweikat was among 37 minority Shia men executed. One was said to have been crucified.

Saudi Arabian and Pakistani governments have also advised their security forces and secret agencies to monitor all journalists and media outlets those reporting and covering the said event particularly filing and publishing the reports against KSA and it’s Crown Prince hence, the data of those journalists whether they live in KSA, Pakistan or anywhere across the world, Pakistan has already been forwarded the names of three Pakistani journalists including ‘this correspondent’ to the KSA’s secret agencies in this connection and the Saudi government has asked Pakistan about all three journalists twice during the last 48 hours to take them into custody and handover to KSA as soon as possible; sourced concluded.

PMI is not publishing more details in this sequence because of some sensitivities and journalistic secrecy but the reaming episodes would be published as per its policy accordingly from time to time.