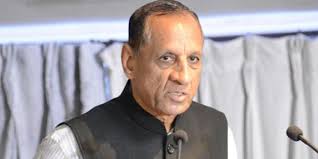 Addressing mediapersons along with CLP Leader Mallu Bhatti Vikramarka and other Opposition political parties’ leaders, TPCC president N. Uttam Kumar Reddy said Intermediate education was a turning point in every student’s career. He said the lives of lakhs of students in the State were destroyed due to the irregularities committed by the officials of the Board of Intermediate Education. He also said the people in the State have lost confidence in the State government.

He also said all the suicides of the Intermediate students amounted to government-sponsored murders. He also alleged that the incident of this magnitude took place due to Globarena company. Uttam also said they urged the Governor to direct the officials for re-evaluation of the answer sheets free of cost and also pay compensation of Rs 25 lakh to the family members of those committed suicides.

The TPCC chief said they urged the Governor to suspend the Inter Board officials and order an inquiry into the issue by a sitting judge of High Court. He demanded that the Chief Minister suspend the Education Minister. Uttam also exhorted the affected students to not commit suicides and assured total support from the Congress party.

Commenting on Assembly Speaker Pocharam Srinivas Reddy, Uttam alleged that the former was not coming to Hyderabad and also not taking any action against the defected MLAs despite the fact that they had submitted notices urging the Speaker to take action against them. He also bemoaned that some greedy Congress leaders were selling themselves to the ruling party for a price.

He also alleged that the ruling party was trying to bestow Leader of Opposition status to MIM party by hijacking Congress MLAs and diluting the CLP. He said the Governor responded positively to their pleas.

TDP State president L. Ramana said Chief Minister KCR and Education Minister G Jagadish Reddy were totally responsible for the suicides of the Intermediate students. He demanded that the State government pay ex gratia to family members of the deceased students. He also said they would hold an all-party dharna before the office of Board of Intermediate Education on April 29.

Telangana Jana Samithi president Professor Kodandaram said the mistakes committed by the BIE officials drove the students to extreme action. He said the Globarena firm did not have experience to offer the services to the board. He made it clear that they would continue their agitation till the justice was done to the students. The other Opposition leaders like CLP leader Mallu Bhatti Vikramarka, CPI’s P Venkat Reddy and Cheruku Sudhakar also spoke. (PMI)