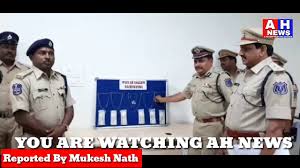 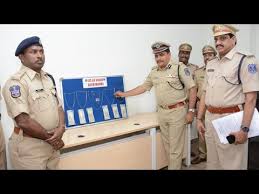 In the ongoing drive against habitual offenders to ensure safety, security to the public properties and to preserve public order in Rachakonda Police Commissionerate, the  CP has detained the Pseudo Police Offender.

Since 2012, he has been indulging in committing of Robbery/Extortions in the guise of Pseudo Police in the Police station limits of  Hayathnagar, Abdullapurmet, Choutuppal, Keesara, Pochampally, Ghatkesar of Rachakonda Commissionerate and Shameerpet PS of Cyberabad Commissionerate. During the year, 2012, he was arrested for his complicity of Extortion of PS Hayathnagar, remanded to judicial custody. 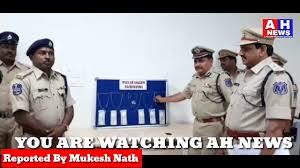 Despite being involved in several offences, arrested by Police earlier, he has not mended his ways and resorted to indulge in similar criminal activities  and  has been committed as many as 30 offences of Robbery/Extortions in the limits of both Rachakonda and Cyberabad Commissionerates, a press note said. .

The accused Chintala Chandu  is native of Mallapur village, Yadagirigutta mandal, Yadadri-Bhongir district,  moves on his Honda Activa bike along service road of ORR (Outer Ring Road) passing through the limits of East part of Hyderabad City and wherever he finds the couple or college going students in private intimacy, he reaches them and threatens them of their complicity in isolated areas posing himself as Police and later extorts money or Gold jewellery which ever available with them. Most of the victims are lovers/ college going students and elderly couple who go to isolated area for their private intimacy. As such, most of the victims did not report the matter to the Police apprehending fear of their identity in the society. 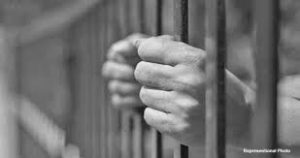 Recently, the Abdullapurmet Police have arrested the accused on June  26, 2019, remanded him to judicial custody and lodged in Central Prison, Cherlapally.        In pursuance of confessional statement of accused, the Police recovered  16 tolas Gold ornaments,  Rs 3,00,000/- net cash and   Honda Activa motor cycle  from the possession of accused under the cover of his confessional statement.

With a view to preventing him from committing Robberies and to preserve Public Order, Preventive Detention orders are invoked against him by  Mahesh M. Bhagwat,  Commissioner of Police, Rachakonda  today and detained him in Central Prison, Cherlapally.