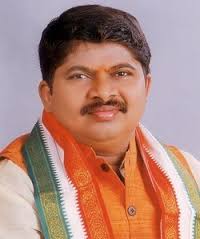 Ponnam vows to go on fast from today, no permission yet

admin August 4, 2017 Hyderabad, Top News Comments Off on Ponnam vows to go on fast from today, no permission yet 736 Views

Vemulawada,  Reiterating that he would go on indefinite hunger strike from August 5 demanding that the State government immediately construct a Medical College in Karimnagar, former MP Ponnam Prabhakar said he would move forward with the support of people.

Speaking to the media here on Friday, Ponnam faulted Chief Minister K Chandrasekhar Rao for sanctioning Medical College for Siddipet instead of Karimnagar, which gave political career to him. He also made it clear that he would go on fast-unto-death till Medical College was sanctioned to the district. Earlier Ponnam had darshan of Vemulavada Sri Rajanna on Friday.

Meanwhile, the police not yet given permission to Ponnam’s proposed fast.