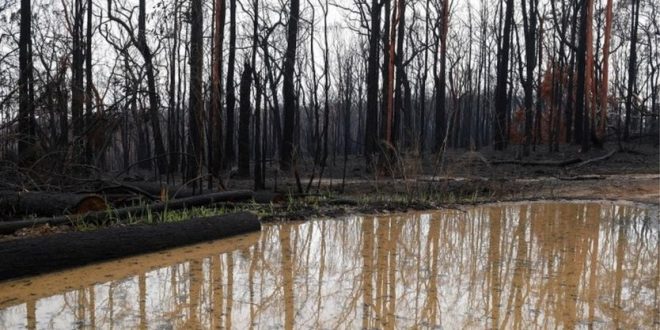 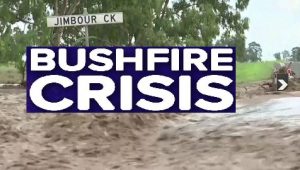 SYDNEY: All of the bushfires in New South Wales (NSW) are now considered contained, say fire officials in the Australian state.

The NSW Rural Fire Service said it was “great news” after “a very traumatic, exhausting and anxious” time.

The development is thanks in part to heavy rain, which has lashed the state since last weekend.

But the severe storms led to flash flooding in Queensland where a 75-year-old man is reported to have died.

Record rainfall caused chaos in Sydney, and the weather woes are set to continue, with further storms expected along the east coast over the next few days.

Flood warnings have been issued for NSW and for southern Queensland. 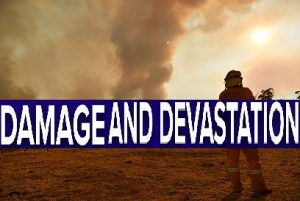 Ex-tropical cyclone Uesi will bring winds of up to 130km/h to the tiny Lord Howe Island, about 600km off the east coast.r

Residents and tourists on the island have been warned to seek shelter from the “destructive winds”.

“After what’s been a truly devastating fire season for both firefighters and residents, who’ve suffered so much this season, all fires are now contained in New South Wales,” RFS Assistant Commissioner Rob Rogers said on Thursday.

It is the first time in the fire season that containment – meaning firefighters managing to build a perimeter around the fire, so it cannot spread further – has been achieved. 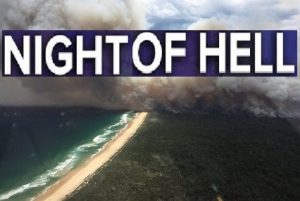 While there was still some fire activity in the south of the state, said the RFS, emergency workers could now “really focus on helping people reboot”.

Australia has always had a fire season, with naturally occurring blazes sparked during the dry summer season, but this year’s season has been unprecedented in the scale and intensity of the fires.

Across the country, fires have killed at least 33 people and destroyed thousands of homes in the past few months.

More than 11 million hectares of land – an area comparable to the size of England – has been affected across all states and territories.

NSW has been the worst-affected state. Two blazes alone – the Currowan and Gospers Mountain fires – each burned about 500,000 hectares. 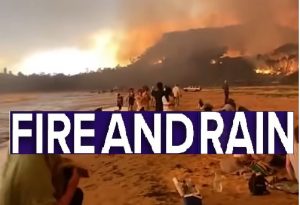 But both were declared out after rains earlier this week, along with dozens of smaller fires.

Further north, heavy rainfall in Queensland on Wednesday and Thursday led to flash flooding and power outages across the state.

A record 232mm of rain was recorded in 24 hours at Sunshine Coast airport.

A 75-year-old kayaker was reported missing on Sunday after heading out on Mary River.

On Thursday, Queensland Police said a body had been found.

A 26-year-old woman has also been reported missing and the search for her is being impeded by the poor conditions, according to police.

More storms are forecast for Queensland and NSW, and areas still recovering from bushfires are likely to be hit, according to senior meteorologist Grace Legge