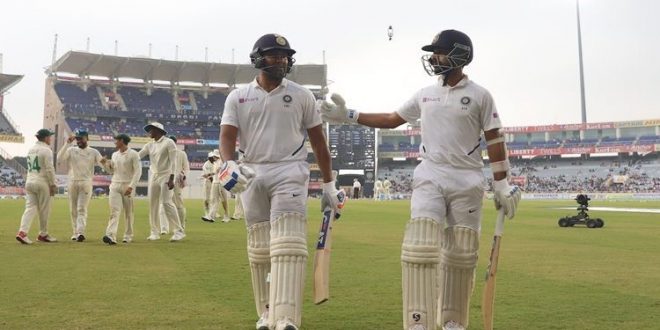 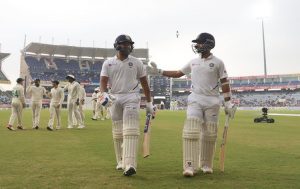 Electing to bat first, India were 224 for 3 before bad light and rain forced early end on Day one of the third and final Test against South Africa at Ranchi today.

Rohit Sharma with 117 and Ajinkya Rahane with 83, both unbeaten, were at the crease when stumps were drawn. This was Rohit Sharma’s third century in the on-going series.

Mayank Agarwal and Virat Kohli were out cheaply while Cheteswar Pujara was out without score. India won the toss and decided to bat.