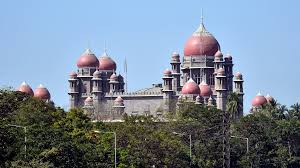 Hyderabad, Jan.3 (PMI): The High Court of Telangana today refused to stall the process of village panchayat polls across the state. The court directed the state government to file a counter with all details of the reservations, and posted the case for next four weeks.
Chief Justice Radhakrishnan of the High Court heard several petitions seeking to quash the ordinance issued by the government reducing the BC reservations in panahcyat raj bodies. BC leaders R Krishnaiah, J Srinivas Goud and others sought cancellation of the ordinance and stalling the polling for the village panchayats in Telangana. The BC leaders objected to the polls, stating that reduction of quota for BCs is unconstitutional and the process of the polls for village panchayats has to be stayed. On hearing the arguments, the court refused to quash the polls as schedule for the village panchayat elections has already been released.
The Chief Justice also remarked that it is not possible for the court to absolve the issue of quota and the elections for the panchayats. The court clarified that giving reservations for BCs is not a constitutional right and as per Supreme Court directive, reservations cannot go beyond 50 per cent in the state. Thus there is no chance for staying the process of the polls for panchayats. (PMI)