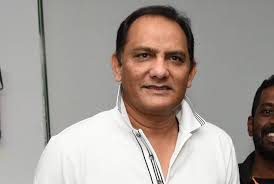 Hyderabad, Jan.2 (PMI): Senior Congress leader and former MP Mohammad Azharuddin on Wednesday refuted news reports that he was contemplating to join the ruling TRS party. He made it clear that he would continue in the Congress only and there was no question of his joining the TRS.
The TPCC working president responded on the issue through his twitter account. News reports are doing the rounds of political corridors of the State ever since Azhar met with Chief Minister K Chandrashekhar Rao in Hyderabad MP Asaduddin Owaisi’s daughter’s marriage in the city.
It was reported that Asaduddin had a word with Chief Minister KCR and told him that Azhar would join the TRS if he was fielded from Secunderabad Lok Sabha seat. The news reports have also suggested that KCR had agreed to field Azhar from Secunderabad. On the other hand, the Congress party was planning to field Azhar from Malkajgiri MP seat. (PMI)