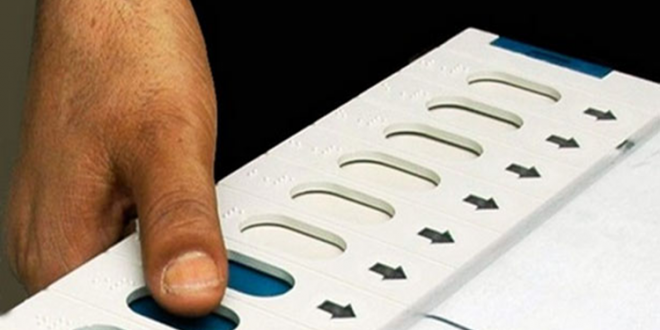 Filing of nominations for the first phase of Lok Sabha elections will end today. 91 constituencies spread over 20 states and union territories will go to polls in this phase on the 11th of April.

Elections will be held for all 25 Lok Sabha seats in Andhra Pradesh, and 17 in Telangana in the first phase. Among other constituencies going to polls in this phase are: eight in Uttar Pradesh; seven in Maharashtra, five each in Uttarakhand and Assam, four each in Bihar and Odisha; two each in Jammu and Kashmir, Arunachal Pradesh, Meghalaya and West Bengal; and one each in Chhattisgarh, Manipur, Mizoram, Nagaland, Tripura, Sikkim, Andaman and Nicobar Islands and Lakshadweep.

The scrutiny of nominations will take place tomorrow, while March 28 is the last date for withdrawal of candidature. The counting of votes will be taken up on the 23rd of May after the completion of all phases of polling.