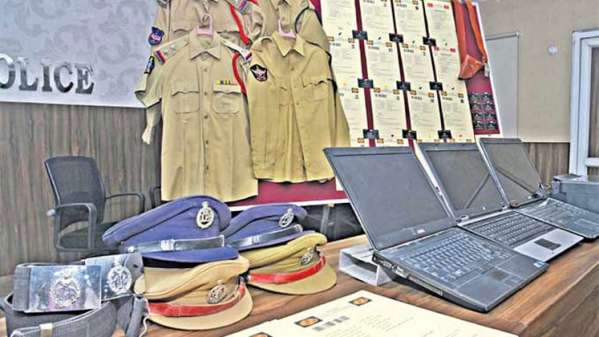 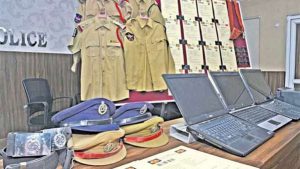 Hyderabad: An army man along with six others have been taken into custody for allegedly cheating job-seekers by promising them jobs in defence and IT firms after collecting money from them, police said today.

V Ramanjaneyulu, working as Naik at the Artillery Centre Golconda area here, along with six others were nabbed after police raided different locations including a fake job consultancy office, a release from Hyderabad police said. They allegedly collected money and cheated unemployed youths after promising them jobs in Armed forces, Indian Railways besides software jobs in MNCs. They established a fake job consultancy for the purpose, the release said.

Police seized three laptops, one printer, fake rubber stamps of the Indian Army besides fake appointment orders/call letters of the Army and original educational certificates of 33 candidates, it said. “Ramanjaneyulu used to attract unemployed youths saying that he is having good rapport with senior army Officers andcan appoint the candidates in the Indian Army without writing any examinations and demanded Rs 2.5 lakh from each candidate,” police said.

As per preliminary investigation, several job aspirants were cheated, but only two complaints have been lodged. Further investigation is on, police added.