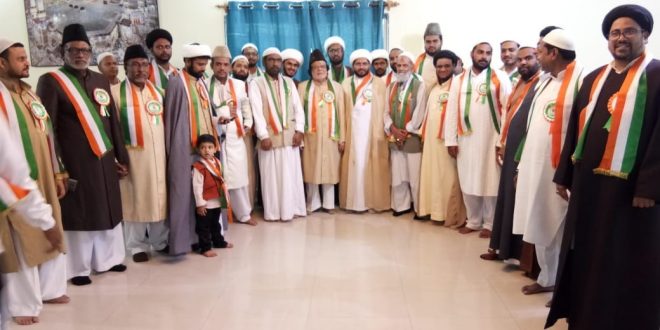 Hyderabad Jan 3 (PMI): The president and members of the Majma-e- Olama WO Khutaba Hyderabad including executive body members has passed condolence message on the event of the martyrdom of General Qassem Soleimani, the head of Iran’s elite al-Quds force and architect of its regional security apparatus, who has been martyred following a US Airstrike at Baghdad’s international airport on Friday.

Moulana Farista said General Soleimani was a brave personality who has participated a strong role to spread the Islamic Resolution from Iran to western countries.

Further Moulana and the members of Majma-e-Olama Wo Khutaba Hyderabad expressed their views that very soon the Shaitan-e-Buzorg US will have no name and history in the world’s scenario. (Press Media of India)