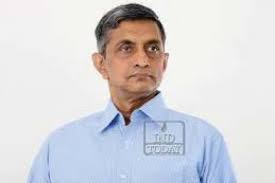 Hyderabad, Aug.6 (PMI): Dr Jayaprakash Narayan, Founder, Lok Satta and FDR, today stated that the unilateral division on J&K is an assault on the federal structure of India.

In a press release, he said the proposal to abolish the State of Jammu and Kashmir and create two new Union Territories by a unilateral decision of Parliament is violative of the basic principles of federalism. If the same principle is applied to the other 28 States of India, then India can become a unitary nation by a government’s diktat. This not only violates the federal principle, but also sows the seeds of division, discord, suspicion and fear in the constituent States of India. 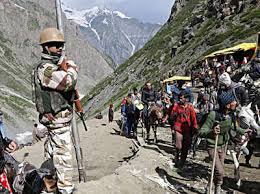 “Apart from violating the democratic and federal principles, such overbearing centralization will seriously erode the willing consent that is the basis of the creation of our extraordinary republic. Instead of cementing unity and integrity of the nation, over centralisation and destruction of federal foundations will weaken the republic and sow the seeds of division and discord, and will strengthen the hands of the internal and external forces which are inimical to a strong and united India”.

“In a federal polity, States should be regarded as indestructible and they should not be abolished, nor should their boundaries be altered without their consent and local compromise. There is a case to revisit our States’ boundaries, but not by central diktat or unilateral decisions imposed on States. Reorganisation of States, restructuring federal polity, strengthening constitutionalism and cementing unity and integrity of the nation should all be viewed as a harmonious whole, not in isolation as matters of temporary expediency.

“We need now an insightful and far-sighted national conversation. Knee-jerk responses ranging from triumphalism and naive belief that the recent steps are a panacea, to apocalyptic visions treating any changes in status quo as signs of impending doom are both polarising and counterproductive.

“The issues related to Articles 356 and 35A, and the proposal to create two Union Territories in place of the State of Jammu and Kashmir will be analysed by legal luminaries and constitutional scholars in the coming days and months. Almost certainly the Supreme Court will have to hear the matter and give a finality to it.

But meanwhile we must go beyond legal technicalities and examine the issues on three broad criteria: the fundamental rights of citizens of India, the preservation of unity and integrity of the nation , and the evolution of federalism in our diverse, robust democracy.

“Based on these criteria the following approaches are necessary to strengthen the republic and enhance the prosperity and liberty of our citizens. Article 35A and its variants in other States and regions of India violate the fundamental rights, undermine unity and integrity of the nation, and create impediments to economic growth, investment and job creation. Therefore, repeal of Article 35A and other regulations/provisions all over India restricting rights of all Indians is necessary. It should not be viewed in isolation and the same principle should be applied to all of India”, he said among other things. (PMI)