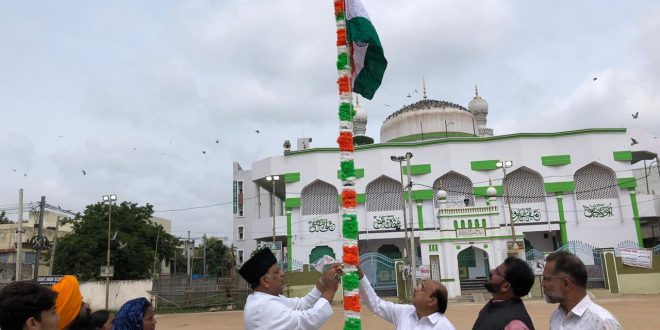 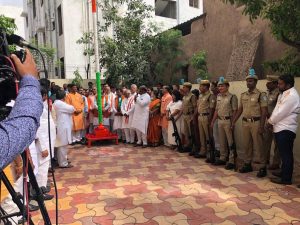 Hyderabad Aug 15 2019 (PMI): Today India is celebrating “73rd Independence Day” and at many places people gather to hoist National Flag and pay tribute and remember all the freedom fighters irrespective of caste, creed and religion who fought with British Empire for the Independence of the Country.

India got independence from the British Colonialism of more than two hundred years on “15 August 1947”. The struggle for freedom lasted for about 90 years from 1857 to 1947 witnessing the sacrifice of many freedom fighters who laid down their lives for the country. 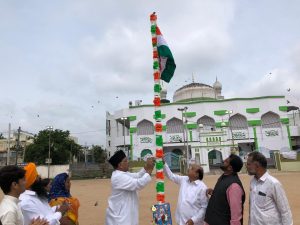 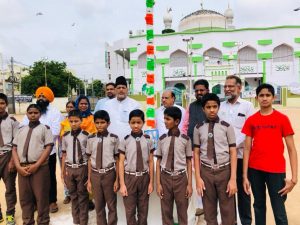 On this occasion Mr  Shoukat wished Independence to everyone while addressed large number of gathering and bring awareness in the people of Hyderabad City and people   of Telangana State that some of the political party leaders and their friendly parties  are trying to  disturb  the atmosphere of the Telangana State,  who fear they can lose out to BJP by   propagating that in 2023 Assembly Election if BJP will win and come in power  to form Government in the State, particularly people of Hyderabad will be suffered and communal harmony  will be effected. I request you to avoid such rumors and focus on “SUB KA SAATH, SUB KA VIKAS AND SUB KA VISHWAS”, said Najaf Ali Shoukat.

Further he said, many prominent leaders have joined BJP in other states irrespective of BJP being in power or not. Mr Shoukat and other leaders said that in next Assembly Election in 2023 Bhartiya Janta Party will come in power in Telangana State based upon work and policies being implemented by Hon’ble Prime Minister Narendra Modi, Hon’ble Home Minister   Mr Ameet Shah and Central government in the interest of people. (Press Media of India).

Post Views: 31
2019-08-15
admin
Previous SHIA MUSLIMS PROUD TO BE SHIA AND PROUD TO BE AN INDIAN
Next RELIGIOUS PERSONALATIES HOISTED FLAG AT SHABISTAAN-E- QAYAM AT HYD