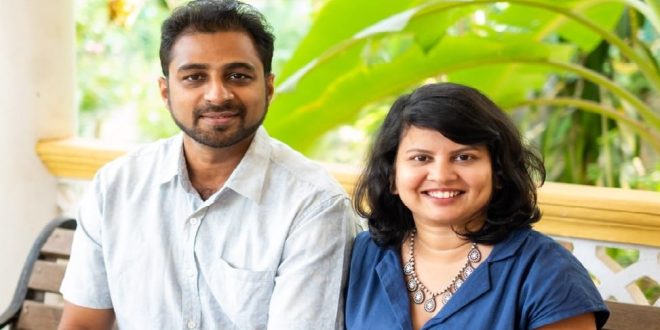 NEW DELHI: When Rohan Dewanjea was a child, he and his cousins spent summer afternoons at their ancestral house, marveling at the colorful rays of light filtering through Venetian windows inlaid with stained glass.

This month, he watched as those windows and his childhood home, the sprawling, 120-year-old Jagat Niwas in the eastern Indian city of Kolkata came tumbling down after his family sold the property to local builders. 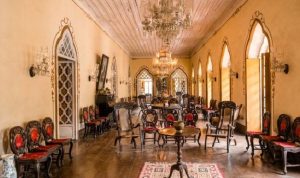 It was a practical decision, they just couldn’t take care of the three-story structure any more but days before the demolition, Dewanjea and a group of artists paid tribute to the stately home: they held a public, two-day interactive art event inside the house.

“The goal was to let people experience this majestic house and the memories associated with it,” says Uma Banerjee, 32, a performance artist who organized the event, aptly titled Museum of Air and Dust.

“We also wanted to create a new, happy memory of the house before it vanished forever.”

They are not alone. Young Indians are trying to shine a spotlight on centuries-old homes to save them from being demolished, and erased from collective memory.

They are documenting the buildings on Instagram, where families share interesting stories about the places they have called home, and sometimes even brainstorm how to crowd-source funds to maintain them.

There are hundreds of such ancestral homes across India. For families, they represent a mine of memories, but also stand as a symbol of social and economic influence. They also carry historical significance, says Abha Narain Lambah, a Mumbai-based conservation architect. 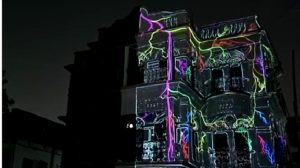 “These homes showcase the architectural styles of the eras they were built in, and offer a window into our shared past,” she says.

Kolkata (formerly Calcutta), once the capital of British-ruled India, is famous for its stately mansions that combine European architecture with Indian influence. In Goa, many old houses stand testament to the state’s connection with the Portuguese, who ruled it as a colony for more than four centuries.

Unfortunately, many of these homes are in a state of ruin or on the verge of being sold or demolished.

“India offers very little support for privately-owned heritage properties,” Ms Lambah says, adding that these houses are challenging to maintain and restore. Traditional materials used to build the homes – such as Burma teakwood and encaustic tiles – are now expensive and hard to come by, and many of the building techniques have also become obsolete.

Another challenge is that with nuclear families becoming the norm and people migrating for work, it is harder for those remaining, often the older generation, to care for the house.

That’s the problem faced by Rajkumar Vasudevan, 54, who owns a 600-year-old ancestral house in Kerala state. It was once inhabited by a boisterous joint family, but today, only he and his mother live there. 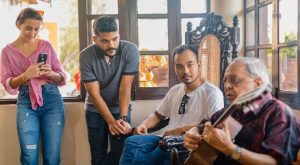 The house is built in Kerala’s traditional Nalukettu architectural style and features a north, south, east, and west block with a central open courtyard. Vasudevan says he’s struggling to save the wooden house from termite attacks and rot.

His search for help led him to Dharinni, a Kerala-based trust for ecology and heritage conservation led by three architects.

In 2021, Dharinni started a project, Responsible Tourism Through Architecture (RTTA) which generates funds for privately-owned heritage homes by inviting tourists to stay there. In return, they are encouraged to use their skills to conserve the property.

In Goa, Make It Happen – a tourism initiative launched by Murali Shankaran, 37, and his wife, Maria Victor, 38 – is also trying to preserve ancestral homes. They invite people to spend time at the houses, meet the owners and hear their stories. A portion of revenue from ticket sales goes towards maintaining the house.

The Fernandes mansion, more than 600 years old, is one of them. It’s part of their group’s Chandor heritage trail. Chandor was once the capital of the Kadamba dynasty, a Hindu royal family that ruled Goa from the 10th to 14th Centuries. 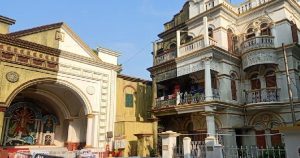 An archaeological survey of the property had found that the mansion was once part of the walls of the Chandor fort.

Visitors hear about the family’s role in wars fought by the Kadambas, their conversion to Christianity and their significance in the local community. They can also see gun embrasures in the basement, swords from medieval wars and a passageway, now closed off, that was used as an escape route.

“Storytelling is a great way to preserve the past,” Shankaran says. “And these homes and families are the best representations of Goa’s complex history.”

There are more commercial ways to keep the houses going as well.

Some people have converted their heritage homes into luxury stays or boutique hotels, but not everyone has the initial investment needed to make such an upgrade, says Ms George.

“You also need to have business acumen in order to run the property in a profitable way.”

Project Dharinni helps people who do not wish to turn their houses into hotels.

“It’s also about keeping alive the micro-cultures that are part of these spaces rather than turning it into an avenue for mass tourism,” George says. 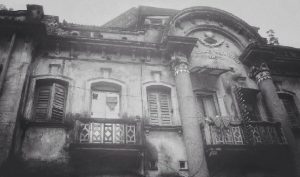 Back in Kolkata, Dewanjea’s old house is gone. But the farewell it received will ensure it is remembered for years.

Over two days in November, Banerjee and other artists used interactive performances to tell stories about Jagat Niwas and its inhabitants: Japanese-style ink-and-brush paintings hinted at Dewanjea’s grandfather’s past in Myanmar. An empty cradle made from a sari spoke of the many births and deaths, the house has witnessed; a performance called Body Message likened the breaking of a house to the breaking of one’s body.

Dewanjea says the experience was cathartic to his family and their friends, who had seen the house standing proudly for decades.

To his neighbors, it was a notable landmark, steadfastly guiding people to their destinations. To his childhood friends, it was a source of wonder with its marbled floors, ivory statues and tales of ghosts haunting the upper stores.

Dewanjea and his family moved out of Jagat Niwas a few years before it was demolished. Heirlooms were split up as different branches of the family moved into their own individual homes.

“We humans found other homes, but I wonder what happens to the ghosts that were rumored to live in Jagat Niwas,” he says. “Where do they go?”