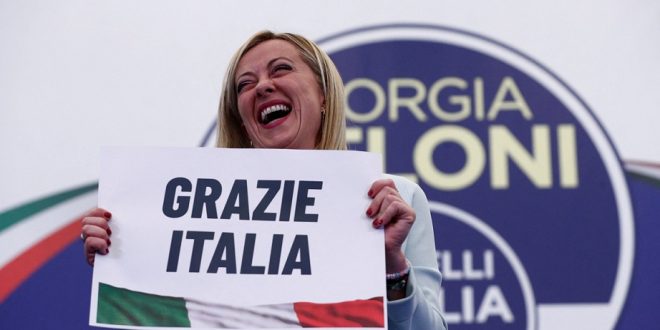 Meloni’s party, which has fascist origins, is expected to form a coalition with other far-right groups, including League, led by former Interior Minister Matteo Salvini, and Forza Italia, headed by former Prime Minister Silvio Berlusconi. 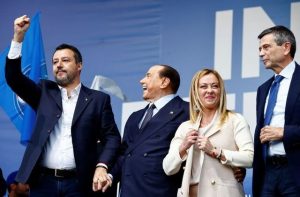 As Meloni ran on a ticket of putting Italians first and staunch anti-immigration policies during her election campaign, many are worried about what her leadership could mean for Italians and its reverberations worldwide.

Here is how the world reacted to Meloni’s success:

Borne told BFM television: “We will be attentive, with the president of the European Commission, that these values of human rights, the respect of one another, notably the respect of abortion rights, are respected by all.”

However, she declined to comment directly on Italy’s decision to give the Brothers of Italy party a majority on Sunday.

“I am not going to comment on the democratic choice of the Italian people,” she said. 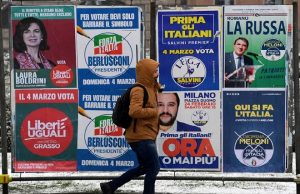 Le Pen tweeted: “The Italian people have decided to take their destiny into their own hands by electing a patriotic and sovereigntist government. Congratulations to @GiorgiaMeloni and @matteosalvinimi for resisting the threats of an anti-democratic and arrogant European Union by obtaining this great victory!”

Jurgen Hardt, a lawmaker and foreign policy expert for the conservative Christian Democratic Union (CDU) currently in opposition said he was troubled by the “openly post-fascist statements” of Meloni and the “hair-raising positions” of her fellow Brothers of Italy party members.

“Racism and the exclusion of minorities can no longer have a place in Europe,” Hardt told the DPA news agency.

“In Germany and Brussels, the new Italian government will be judged on its contribution to the future of Europe, compliance with the sanctions against Russia and progress in rebuilding the Italian economy,” Hardt said.

Hardt said Berlusconi, who is nearly 86, had acted as kingmaker in order to share power once more. 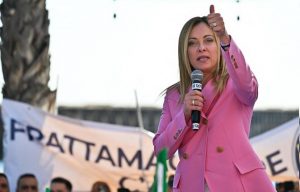 “One can only hope that at his advanced age he is able to see the implications of his decisions and keep this government on the right track,” he said.

Meanwhile, the far-right party, Alternative for Germany (AfD), issued a statement celebrating Meloni’s win and called it “another victory of reason”.

“We, as Alternative for Germany, congratulate Giorgia Meloni on her election and wish her to be the first woman to head an Italian government,” it said.

“Despite all the undemocratic warnings from EU Commission President von der Leyen and other politicians, the Italians, like the Sweden Democrats before them, have opted for a change of policy,” the statement added.

“And that is their good democratic right. The electoral success of the Fratelli d’Italia is another victory of reason. Germany is pretty much alone in Europe with its left-green traffic light coalition.” 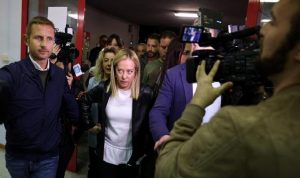 “Congratulations to Giorgia Meloni, Matteo Salvini and Silvio Berlusconi on the elections today! In these difficult times, we need more than ever friends who share a common vision and approach to Europe’s challenges.”

Poland’s governing Law and Justice (PiS) party and the Brothers of Italy are both parts of the right-wing European Conservatives and Reformists (ECR) group.

PiS member and former Prime Minister Beata Szydlo tweeted: “I’m glad that a party from the ECR group is assuming responsibility for yet another European nation.”

Other Polish governing politicians highlighted the overlap between the two parties, including their emphasis on Catholic family values. 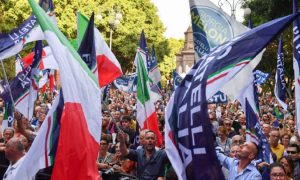 “The EU right is growing stronger … We will defeat the communists, leftism and the LGBT lobby everyone who is ruining our civilisation,” Deputy Agriculture Minister Janusz Kowalski said on Twitter.

“These are uncertain times and at times like this, populist movements always grow, but it always ends in the same way, in catastrophe because they offer simple short-term answers to problems which are very complex,” he told reporters at a briefing.

However, Santiago Abascal, leader of Vox, Spain’s far-right conservative party, said on Twitter: “Giorgia Meloni has shown the way for a proud, free Europe of sovereign nations to be able to cooperate for the security and prosperity of all.” 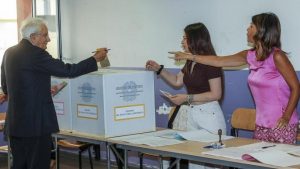 Australian One Nation senator, Malcolm Roberts, took to Twitter to share a video of Meloni talking about protecting the family and said: “Crisp & accurate 2-minute video. The world is waking to the globalist predators as inhuman, anti-human scum.”

The European Commission said it hoped for a constructive relationship with the next government in Italy, despite the Brothers of Italy being a Eurosceptic populist party.

The commission, the EU’s executive, by principle works “with the governments that emerge from the elections”, said EU spokesman Eric Mamer at a news briefing.

“This is no different in this case. Of course, we hope that we will have a constructive cooperation with the new Italian authorities,” he added. (Int’l Monitoring Desk)

Share
Previous US warns of consequences if Russia uses nuclear weapons
Next 13 dead, 21 wounded at school shooting in Russia