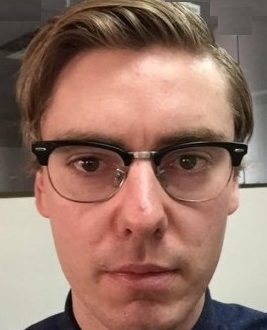 CANBERRA: A former Canberra-based journalist accused of threatening to carry out beheadings, driven by his extreme religious views, has been remanded in custody.

James Michael Waugh, 28, was arrested on Tuesday evening when police swooped on his home in Canberra’s south after a tip-off to the National Security Hotline.

The former Queanbeyan Age reporter was charged in the ACT Magistrates Court with threatening to act with intent to cause public alarm, using a carriage service to menace others and possessing a weapon to be used to kill.

The threats allegedly included a Facebook post on the Canberra House of Prayer page, which read “I’m going to kill every single one of you dog polytheist c***s.”

“I have issued threats, along with my name and address, to every coward dog church in Canberra. If you know someone with balls send them along. I’ve bought a scimitar (Middle-Eastern curved sword) and intend to cut their heads off in my front yard as a reprisal”.

Waugh appeared in court on Wednesday but was referred for a mental health assessment.

The court heard the assessment was that Mr Waugh had no mental illness to explain his behaviour.

Prosecutor Danielle Perks said the assessment revealed he would be a danger if released.

Court documents also showed Waugh allegedly told police the threats on social media were aimed at Trinitarians, and that he had issued the threats to any local Christian church he was able to locate.

His lawyers asked for bail on strict conditions, noting the seriousness of the charges but Ms Perks said no conditions would be sufficient to ensure public safety, given his extreme religious beliefs.

“He simply believes these things,” she said.

Magistrate Bernadette Boss agreed, saying he would be a significant risk to the community, acknowledging the opinion of a psychiatrist that he did pose a threat.

The case will be back in court later this month.