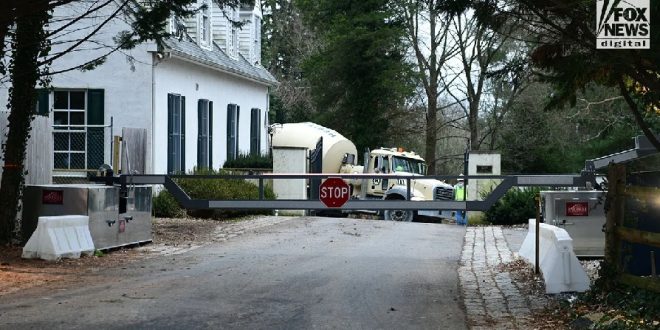 There are no visitor logs for Biden’s home: White House

WASHINGTON: The White House has said that there are no visitor logs available for President Joe Biden’s private home.

Republicans have demanded to see the logs to his Delaware home after classified files were discovered there. 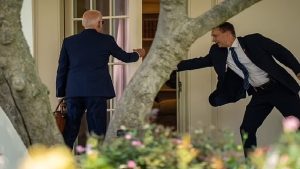 On Monday, the White House counsel’s office said that it is not standard practice to keep tabs of who visits the private homes of presidents.

At least 20 documents have been found at Biden’s home and at an office he used in Washington.

The documents date from his time as vice-president under the Obama administration. Some of them were marked “Top Secret”, the highest level of classification – CBS News has reported.

News that sensitive documents had been found in a private office at the Penn Biden Center, a think tank in Washington, emerged earlier this month. That was followed by a disclosure that a second cache was discovered at Biden’s Wilmington, Delaware home.

The White House said over the weekend that an additional five pages of classified material were discovered on Thursday. By law all White House files should be handed over to the National Archives at the end of a presidency.

The White House has said the files were “inadvertently misplaced” and that it is co-operating fully. 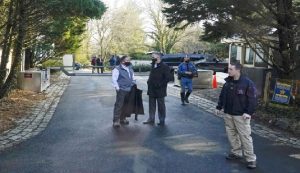 Congressional Republicans have been calling for the White House to release visitor logs of Biden’s homes, but the White House had until Monday refused to say if such information will be divulged.

“President Biden’s mishandling of classified materials raises the issue of whether he has jeopardized our national security,” House Oversight Committee Chairman, Republican James Comer, said in a letter to White House chief of staff Ron Klain over the weekend.

“Without a list of individuals who have visited his residence, the American people will never know who had access to these highly sensitive documents” but in a statement on Monday, the White House counsel’s office said that no such visitor logs exist.

“Like every president across decades of modern history, (Biden’s) personal residence is personal,” said Ian Sams, spokesperson for the White House counsel.

The Secret Service has previously said it does not maintain logs of presidential private residences. In 2017, it said in a court filing that no visitor logs were kept at Donald Trump’s Mar-a-Lago residence, where hundreds of classified files were found last year by the FBI.

However, the agency does have a permanent presence at Biden’s homes in Wilmington and Rehoboth Beach and screens visitors before they enter. 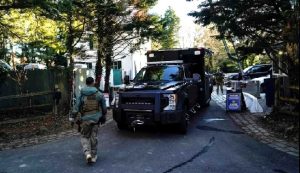 A special counsel is investigating Biden’s handling of the files. The Republican-controlled House Oversight Committee has said they would launch their own investigation.

The White House does publicly release a visitors log on its website, a practice brought in during the Obama administration.

It was paused during the Trump presidency and reinstated when Biden took office.

Pressure is mounting on President Joe Biden to give further details about the classified documents found at his Delaware home and a Washington office he once used.

An independent lawyer, or special counsel, has been appointed by the justice department to investigate whether these papers were mishandled. (Int’l Monitoring Desk)