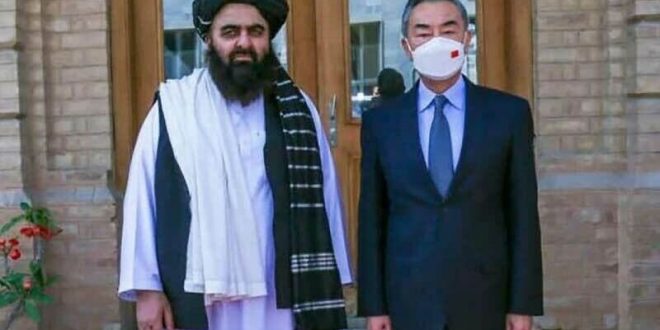 Taliban vow to address ‘all concerns’ of China as Wang visits

KABUL/ BEIJING/ ISLAMABAD: The Taliban said Thursday they had assured Beijing’s most senior diplomat about any concerns China thinks may “emerge from Afghan soil”, ahead of a key meeting with their neighbors next week. 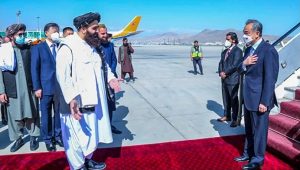 China shares only a sliver of a border with Afghanistan, but Beijing has long feared its conflict-plagued neighbor could become a staging point for Muslim Uyghur separatists from Xinjiang.

Without specifically mentioning the Uyghurs, Baradar’s office said in a statement that Wang had been assured over all concerns Beijing “thinks emerge from the soil of Afghanistan”.

Since returning to power in August, the Taliban have repeatedly pledged not to allow Afghan soil to be used as a base for foreign terror groups.

Their harboring of Osama bin Laden and other senior Al-Qaeda figures in the wake of the 9/11 attacks prompted the US-led invasion that ended their first stint in power.

Even before the Taliban seized control of the country in August, they forged ties with China as US-led foreign forces withdrew. 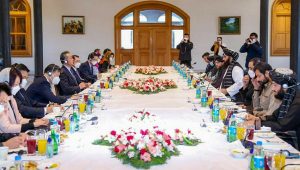 Beijing is hosting a meeting of Afghanistan’s neighbors next week on how to assist the hardline Islamist government.

Wang and Muttaqi also spoke of expanding “economic and political ties” between the two countries, the foreign ministry said in a tweet.

Afghanistan has plunged into financial and humanitarian crises since the exit of US-led foreign forces. 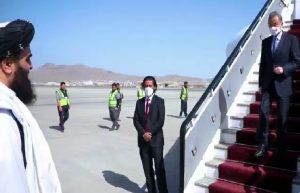 The meeting of Afghanistan’s neighbors next week will allow the Taliban to present their own assessment of the latest situation in the country.

Maintaining stability after decades of war in Afghanistan is Beijing’s main consideration as it seeks to secure its borders and strategic infrastructure investments in neighboring Pakistan, home to the China-Pakistan Economic Corridor.

For Beijing, a stable and cooperative administration in Kabul would also pave the way for an expansion of its Belt and Road Initiative into Afghanistan and through the Central Asian republics, analysts say.

The Taliban consider China a crucial source of investment and economic support, either directly or via Pakistan.

During the chaotic takeover of power by the hardline Islamists, Beijing kept its embassy open in Kabul even as it evacuated many citizens from the country.