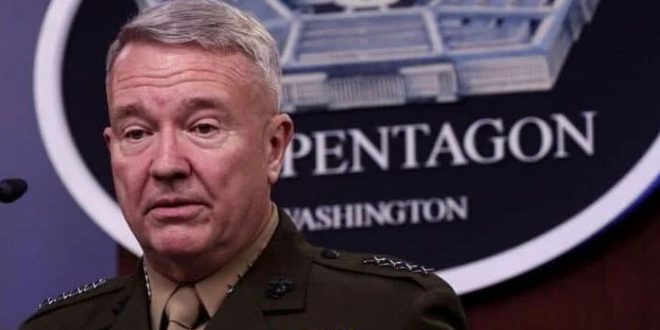 KABUL/ WASHINGTON/ ISLAMABAD: General Kenneth McKenzie, the commander of the US Central Command, talking to reporters on Friday raised concerns regarding Daesh’s presence and activity in Afghanistan. 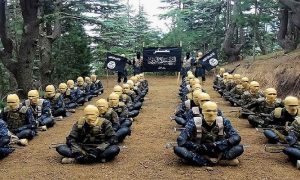 He said Daesh (ISIS/ ISIL) has a few thousand fighters in Afghanistan, and they have carried out some high-profile attacks in the past several months since the collapse of the former government.

“So we assess probably a couple thousand, more or less, ISIS fighters in Afghanistan. Of course, when the Taliban opened Pul-e-Charkhi and Parwan prisons and infused new talent and new energy into ISIS and so they’re now reaping the result of that very shortsighted decision,” he said.

McKenzie said if the pressures on Daesh are gone, the group will regenerate in the country “but absent effective pressure, it’s going to be, we would expect that ISIS will continue to regenerate in the ungoverned spaces, principally in eastern Afghanistan but not exclusively there, and we’re going to see them on down the road,” he added.

The Islamic Emirate (Taliban), rejecting McKenzie’s remarks, said Daesh hideouts have been discovered and destroyed in the country. Bilal Karimi, deputy spokesman of the Islamic Emirate, said such remarks are baseless. 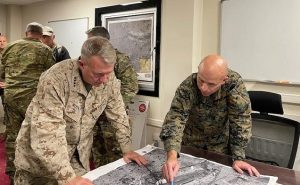 “These claims are baseless and there is no evidence. Daesh’s activities in Afghanistan have been shut down and no one will be allowed to create insecurity,” Karimi said.

This is not the first time that McKenzie has made such remarks. On Wednesday he said that the Islamic Emirate is committed to fighting Daesh but has found it difficult.

“Daesh exists in Afghanistan and with its attacks on Shia mosques and schools it wants to attack the government,” said Tariq Farhadi, a political analyst.

“The Americans again have plans to have an intelligence presence in Afghanistan and so they make such excuses, while Daesh does not exist,” said General Samar, a former military officer.

Previously the UN said in a report that Daesh’s fighters have increased from 2,000 to 4,000 since the opening of prisons in the country. The Islamic Emirate, however, has repeatedly rejected such figures and reports about Daesh.