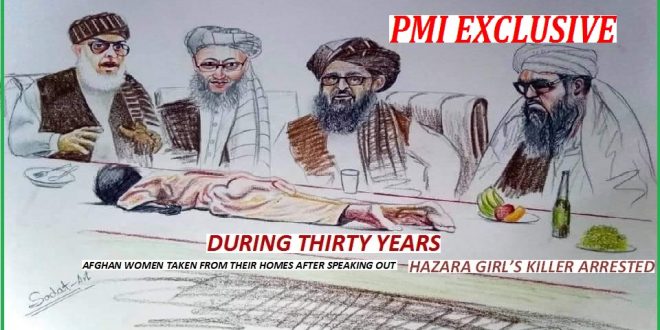 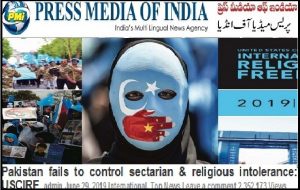 KABUL/ KARACHI: As many as 3,96,193 Shia Muslims including young girls, women, children, doctors, journalists, engineers, educationists, religious scholars, policemen, security personals, scientists, philosophers, intellectuals even visitors and foreigners particularly Pakistanis belong with Shia (especially Hazara) community have been murdered and over 2,86,654 Shia Muslims have either been missed or kidnapped or forcibly expelled from Afghanistan during the period of last thirty years and almost 6,83,270 were injured by Taliban (including Tehreek-e-Taliban Afghanistan/ TTP, Daesh, ISIS/ ISIL, al-Qaeda and dozens other anti-Shia terrorist groups and organizations, sources, victims and impartial record holders told Press Media of India and Messenger while over 750,426 Shia Muslims including, Syed, Jafri, Rizvi, Naqvi, Taqvi, Alvi, Mirza, Bukhari, Awan and many other non-Shia (Sunni) people were killed and injured in Pakistan during the same Jihadi/ Taliban tenure but neither America, nor Western, Eastern, 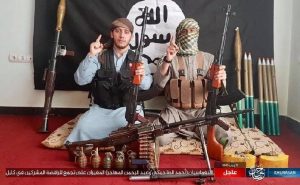 Arabian, Asian, African regions mainly Australia even Afghani and Pakistani authorities, regimes, media outlets and except impartial record holders any one is ready to accept it, sources claimed and the same murdering, killing, beheading, kidnapping, missing, injuring and torturing of Shia Muslims are still not only continued in both countries but also all anti-Shia elements try to keep the ‘reality’ hidden and either deny the news regarding Shia killing or adopts the strategy of no comments, no response, no reporting and no considerable as per their previous plan as directed, advised, ordered, instructed and planned by Kingdom of Saudi Arabia (KSA), America, Israel and “Australia”, sources added.

After second tenure of Taliban in Afghanistan, they have not only changed their strategy, styles and plans against Shia Muslims and other minorities but started to show their so-called sympathy with Shia Muslims as Pakistani agencies, government and other terror groups mostly Taliban (TTP), al-Qaeda, Daesh have changed their strategies in Pakistan as ‘state’ advised them just to restore their lost reputation in both countries as well as across the world, experts briefed PMI. 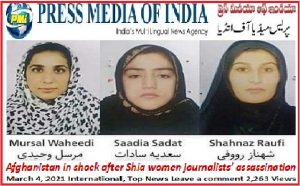 A Taliban fighter has been arrested for shooting dead a Shia Hazara Muslim woman at a checkpoint in the Afghan capital as she returned from a wedding, a spokesman for the group says.

The killing of Zainab Abdullahi, 25, has horrified women, who face increasing restrictions since the Taliban returned to power in August.

The shooting took place in a Kabul neighborhood inhabited mostly by members of the minority Shia Hazara community, which has been the target of deadly attacks by sectarian armed groups such as Daesh (ISIL/ ISIS).

Abdullahi was “killed by mistake”, Taliban spokesman Mohammad Naeem said on Twitter, adding that the arrested fighter will be punished.

Her family has been offered 600,000 Afghani (about $5,700) for the January 13 shooting in the capital’s Dasht-e-Barchi neighborhood, the interior ministry said separately. 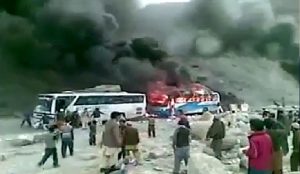 “When we heard of Zainab’s murder we got afraid. We are scared that if we leave our homes we might not return alive,” said a women’s rights activist who asked not to be named for her own safety.

“At nights we cannot go out and even during the days we don’t go out unless there is something urgent,” she said, adding that passing through checkpoints was risky for women.

The Taliban are increasingly imposing restrictions on women, who are being squeezed out of public life.

Most secondary schools for girls are shut, while women are barred from all but essential government work. 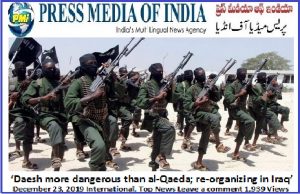 They have also been ordered not to travel long distances unless accompanied by a close male relative.

Earlier this month, the Taliban’s religious police put up posters around the capital ordering women to cover up.

A spokesman for the Ministry for the Promotion of Virtue and Prevention of Vice said it was “just encouragement for Muslim women to follow Sharia law”.

On Tuesday, the United Nations High Commissioner for Human Rights, Michelle Bachelet, urged the Security Council to “hold to account” those guilty of abuses in Afghanistan.

She said denying women and girls their fundamental rights was “massively damaging” a country already facing a humanitarian disaster of unprecedented proportions.

The Taliban has promised women more freedoms as opposed to their previous rule (1996-2001), 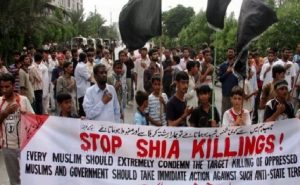 under which girls’ education was banned and women were not allowed to work except for in a few sectors.

Earlier this week, the Taliban said all girls will return to school by March 21, offering the first deadline for the opening of high schools for girls.

According to BBC, the Taliban can threaten with a whisper. After 20 years of violent struggle, and the loss of tens of thousands of civilian lives, they took power here using brutal force.

Even so, Afghan women refuse to be intimidated.

Tamana Zaryabi Paryani is one of those women. It takes raw courage to stand up to armed men who want to take away almost everything you have achieved in life.

Last weekend, she joined dozens of others to demand the right to work and the right to an education. The protesters were pepper-sprayed by Taliban fighters, and a number said they had 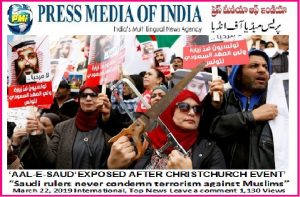 been stunned by electric shocks.

After making their voices heard, they returned home. Some feared they had been followed.

On Wednesday night, at 20:00, armed men entered Tamana Paryani’s apartment block in Kabul’s Parwan 2 neighborhood. She was alone at home with her sisters. The men began to kick the door.

“Please help, the Taliban have come to my house, my sisters are at home,” Ms Paryani pleaded on a video posted to social media.

“We don’t want you here now,” she screamed. “Come back tomorrow, we can speak tomorrow,” she pleaded.

“You can’t see these girls at this time of night. Help, the Taliban have come to my house,” she said before the video ended. 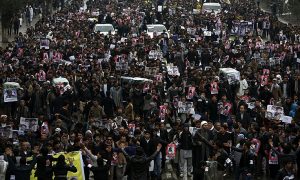 Since the Taliban took power on 15 August, women have complained that they are now prisoners in their own homes And even there they are not safe. It is a violation of Afghan culture to enter a home that contains only women but having dismissed women police officers, the Taliban do not have female personnel available to question women.

Tamana Paryani has been missing for two days now. I went to her apartment to try and trace her.

There was no-one inside the home. A large muddy boot-print was still visible on the front door.

Neighbors said Ms Paryani had been taken away along with two of her sisters, and no-one has been to the apartment since. They would say only that “an armed group” had taken the sisters.

Other women protesters were targeted that night. Another, Parawana Ibrahimkhel, is also missing. 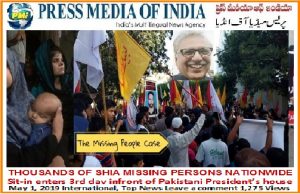 Still, the Taliban denied taking them.

In an interview with the BBC on Thursday, Suhai Shaheen, who hopes to become the Taliban’s ambassador to the UN, said: “If [the Taliban] had detained them, they would say they have detained them, and if that is the allegation they will go to court and they will defend themselves… This is something legal, but if they are not detained, and they are making such fake scenes and shooting films in order to seek asylum abroad.”

One of Miss Paryani’s friends told a different story.

From a safe location, in an interview with the BBC, she said, “I told her as soon as possible, leave your home, take this more seriously you are in danger… When I got home, a friend, also a protester I don’t want to mention her name – she was crying that Tamana had been arrested by the Taliban and that she had released a video on social media.” 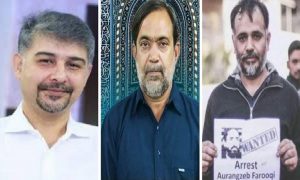 It is not known if the authorities are looking for the women.

Most of the world refuses to recognize the Taliban as the legitimate rulers of Afghanistan. More than half the population is going hungry because of Western-imposed sanctions.

Under Taliban rule Afghanistan has become the only country in the world which publicly limits education on the basis of gender, which is a major sticking point in the Taliban’s quest for legitimacy, and in the lifting of sanctions. The regular protests by women highlighting the issue are a source of embarrassment to the group.

Regardless of who has Tamara Paryani, her sisters and her friends, the Taliban are collectively punishing Afghan women.

Over the past 20 years women here have cast off cultural and family prejudice to live more freely, decades of progress the Taliban appear determined to destroy. 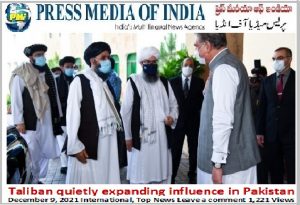 This exclusive news is being published not only for record but also for all masses worldwide, media groups, global organizations, immigration authorities especially Australian pundits, experts, critics, private as well as public agencies, Law Enforcing Agencies (LEAs), Security Forces, regimes, UNO and all its subordinate departments and chapters, students and faculty members, researchers, intellectuals, refugees and migrants, victims, aggrieved persons, ladies and gentlemen even each and every person of the world who want to challenge these figures even to change a single world, coma or full stop of this exclusive news during the period of standard journalistic time while this news will automatically would not only be considered as authentic, authorized and declared as “NEW WORLD CHARTER ON MINORITIES’ RIGHTS” (NWCMR) and if no response, reply, assertion, doubt or answer receive until the specified time, all challenges, oppositions, detractors, objections and all types of reasoning or justification or clarification would be considered as babbling because ‘enough is enough’.