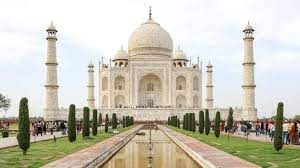 The Lucknow bench of Allahabad High Court rejected a petition seeking to open 22 closed doors of Taj Mahal. The High Court said the closed doors will not be opened and also reprimanded the petitioner for making a ‘mockery of the Public Interest Litigation (PIL) system.’ facility.

The petitioner Dr Rajneesh Singh had sought the opening of sealed rooms in the Taj Mahal so the controversy surrounding the monument can be resolved. He had claimed that the Taj Mahal was a Shiva Temple known as Tejo Mahalaya and requested the government to constitute a fact-finding committee to publish the ‘real history’ of the monument.

The court has also rejected the petition seeking a fact-finding inquiry into the “history” of the Taj Mahal, saying the plea to constitute a fact-finding committee to find out the “real truth” behind Taj Mahal is a “non-justiciable” issue. “The prayers cannot be adjudicated upon by this court,” the court said.

Rudra Vikram Singh, who was representing the petitioner in the court, said, they will challenge this order in the Supreme Court and before doing so they will approach the Department of History and the Archaeological Survey of India.

In a related issue, the BJP MP Divya Kumari’s claim that the land on which Taj Mahal stands today was “occupied” by the Mughal emperor Shah Jahan, was dismissed by the historians as “half-truth”.

Divya Kumari is the Lok Sabha MP from Rajsamand constituency in Rajasthan and a member of the erstwhile royal family of Jaipur.

“While Raja Jai Singh was willing to donate the land for free, four havelis were given in lieu of Raja Man Singh’s haveli by Shah Jahan. This farman is locked up in the Kapad Dwara collection in the City Palace Museum,” she tweeted along with the farmans facsimile