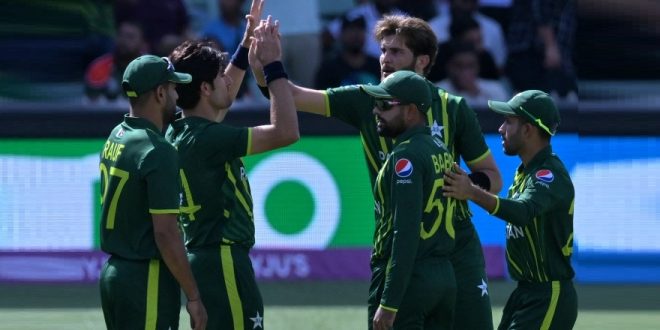 Finalists in 2007, winners in 2009 and perennial contenders for the T20 crown, Pakistan sealed yet another unexpected tournament comeback by beating Bangladesh by five wickets on Sunday and reaching the last-four where they will take on either New Zealand or England. 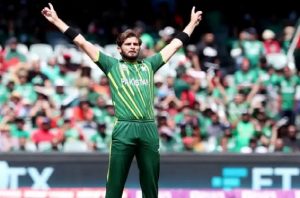 It is not the first time that Pakistan have scraped through to the knock-out stages of a tournament like this.

In 1992, Pakistan won just one of their first five games and went on to win the tournament. In 2009, Pakistan lost their first group match as well as the opening Super Eight game but ended up champions.

Former Pakistan batsman Bazid Khan, who was commentating during today’s match, referenced these two tournaments when he said “stars align again for Pakistan and they’re in the semifinals”.

Fast-bowler Shaheen Shah Afridi produced a match-winning performance of four wickets for 22 runs and echoed the sentiments of Pakistan fans and players who are hoping their team will end the tournament on another high.

“We are very happy. We’ve played great. Now, we are looking forward to the final,” he said after Pakistan’s win.

Pakistan opened their tournament campaign with a last-ball loss against arch-rivals India and followed it up with another last-ball loss to less fancied Zimbabwe. 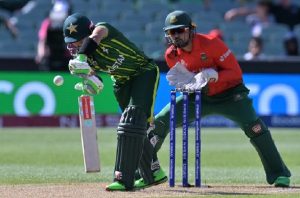 By the time Pakistan played their third match, India had won two matches, while South Africa and Bangladesh had won one each.

Dreams had already been crushed by then. There was no hope. Fans had sold their semi-final tickets. Pakistan were down and (almost) out.

The team then played the Netherlands knowing that, despite winning their last three matches, they would have no control over their fate.

A six-wicket win over the Netherlands got them the first two points. They then beat South Africa in a rain-affected match and entered the last day of group matches hanging onto a hope and a prayer that either the Netherlands or Zimbabwe would pull off an upset and hand them an opportunity to progress should they beat Bangladesh.

The Netherlands did just that by recording a shock win over South Africa who had seemed destined to reach the last-four.

The gift from the Dutch put Pakistan’s fate back in their own hands and they made sure there was no slip-up this time as they beat Bangladesh with 11 balls to spare.