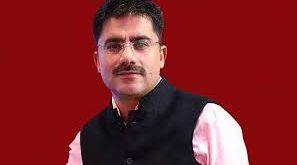 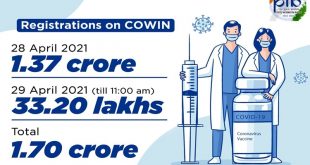 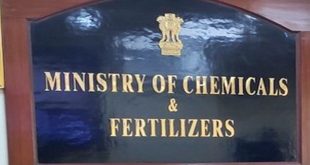 Mar 26;21-In the poll-bound states of Assam and West Bengal, all the necessary preparations have been made for the First Phase polling of Assembly Elections tomorrow. The Election Commission has decided to use Voter Verifiable Paper Audit Trail (VVPAT) along with Electronic Voting Machine (EVM) at every Polling Station, with a view to enhance the transparency and credibility of the election process, as VVPAT allows the voter to verify his/her vote. The arrangements have already been made to ensure availability of adequate number of EVMs and VVPATs for the smooth conduct of elections.

In view of the prevailing COVID-19 pandemic, the Election Commission has decided to allow maximum 1,000 electors in a Polling Station instead of earlier stipulation of 1,500 electors. Option of Postal Ballot facility has been extended to the electors who are COVID-19 positive or suspect as certified by competent authority and are in home or institutional quarantine along with those marked as Persons with Disabilities (PwD) and above the age of 80 years.

It will be ensured that every Polling Station is equipped with Assured Minimum Facilities (AMF) like drinking water, waiting shed, toilet with water facility, adequate arrangements for lighting, ramp of appropriate gradient for the Persons with Disabilities. The special facilities will include mandatory sanitization of Polling Station, thermal checking of voters at entry point either by polling staff or paramedical staff or an Asha worker.

If temperature is above the set norms of Health Ministry at first reading, then it will be checked twice and if it remains at the same level, then the elector will be provided with token and asked to come for voting at the last hour of poll. At the last hour of poll, such electors will be facilitated for voting, strictly following COVID-19 related preventive measures. The poll timing has been extended by one hour in all Assembly Constituencies except in the areas affected by Left-Wing Extremism.

In Assam, 264 candidates including 23 women are in fray for the 47 Assembly Constituencies spread over 12 districts that will go to polls on Saturday during the First of three-phase elections. Over 81 lakh voters including 40.32 lakh women and 124 Third Gender persons will decide the fate of these candidates. Total 11,537 Polling Stations have been set up in the First Phase for this purpose. There are three main alliances this time including the BJP-led National Democratic Alliance with partners Asom Gana Parishad (AGP) and the United People’s Party Liberal (UPPL) and Mahajot or Grand Alliance led by the Congress. It includes All India United Democratic Front (AIUDF), Bodoland Peoples’ Front (BPF) and the Left parties while yet another conglomerate of Assom Jatiya Party (AJP) and Raijor Dal is also there. Congress has fielded 43 candidates, AJP has 41, BJP-39, AGP-10 while 78 independents along with others are also trying their luck.

In West Bengal, 191 candidates including 21 women will be vying for the 30 seats spread over five districts during the initial phase. The state is witnessing eight-phase elections this time. Over 74 lakh voters including 36.28 lakh women and 63 Third Gender persons will decide the fate of these candidates. More than 8,200 Polling Stations have been set up in the First Phase for this purpose.

Out of 30 seats, BJP is contesting in 29 and alliance partner AJSU is fighting from the Baghmundi seat in Purulia district while TMC is contesting in 29 seats and supporting an independent candidate in Joypur Constituency after the nomination of the party candidate was rejected. Congress, Left parties and their alliance partner Indian Secular Front are fighting under the banner of Sanyukt Morcha.

The high-pitch electioneering campaign going on in full swing in respect of the Second and Third Phase of Assembly Elections in Assam and West Bengal and also for the single-phase elections in Kerala and Tamil Nadu as well as the Union Territory of Puducherry. The Second Phase of polling in these two states will be conducted on 1st of April in 39 Assembly Constituencies of Assam where the total number of candidates will be 346 and that in case of 30 Constituencies of West Bengal will be 171.

Third Phase polling in these two states will be held on 6th of April when 338 candidates will be contesting for the 40 seats of Assam and 205 candidates for 31 seats of West Bengal.

Besides, the Lok Sabha by-polls will be conducted simultaneously for Kanniyakumari seat in Tamil Nadu where there will be 12 candidates in the fray and also for Malappuram seat in Kerala where six candidates will be taking part in the electoral battle.

During the Fourth Phase of Assembly Elections, the candidates can withdraw their names till this afternoon. During the Fourth Phase, 44 ACs in West Bengal will go to polls on 10th of April while 45 ACs will go to polls in the Fifth Phase on 17th of April. The nomination process for the Fifth Phase will continue till 30th of March and the scrutiny will be undertaken on 31st of March. The nominations are also being filed for simultaneous By-Elections of two Lok Sabha seats including Tirupati in Andhra Pradesh and Belgaum in Karnataka along with 14 Assembly Constituencies in eleven states. The ACs going in for the by-polls include three in Rajasthan, two in Karnataka and one each in Gujarat, Jharkhand, Madhya Pradesh, Maharashtra, Mizoram, Nagaland, Odisha, Telangana and Uttarakhand.

Meanwhile, the process of filing nominations for the Sixth Phase of elections in West Bengal got underway today with the issuance of notification. The nomination process for this phase will continue till 3rd of April and the scrutiny of nominations will be undertaken on 5th of April. The last date of withdrawal of candidature will be 7th of April and 43 Assembly Constituencies will go to polls in this phase on 22nd of April. The counting of votes will be taken up on 2nd of May together.

Post Views: 196
2021-03-26
admin
Previous PM Modi says, India and Bangladesh have similar opportunities in fields of trade and commerce and face similar threats like terrorism
Next Trains collide in Egypt, 32 killed, over 100 injured 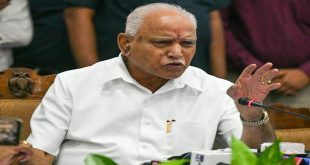