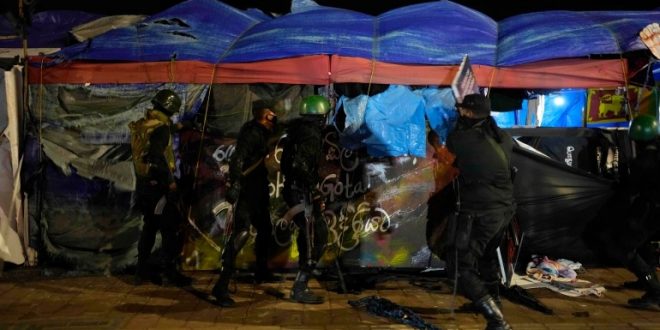 COLOMBO: The mainly youth-led protest movement in crisis-hit Sri Lanka is divided on whether to withdraw from a sea-facing camp they set up months ago near the presidential secretariat in capital Colombo. 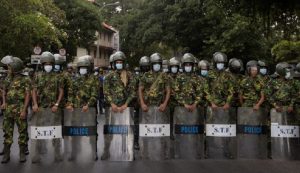 The GotaGoGama camp, also called Galle Face Green, is the epicentre of the protests in Sri Lanka that started more than 100 days ago to demand the removal of the then-government over the country’s worst economic crisis in seven decades.

At their peak, the protests saw tens of thousands of people occupying important government buildings for days, forcing President Gotabaya Rajapaksa to flee the country and resign.

The debate within the protest movement on wrapping up the camp was triggered by a violent crackdown by the Sri Lankan security forces 10 days ago. Many protest leaders were arrested, their tents destroyed and the area cordoned off.

Several ministers in the government have also called for the removal of protesters from the camp. 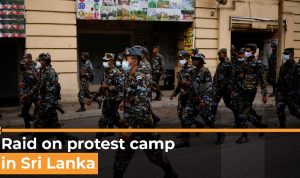 Speaking in Parliament last week, Urban Development Minister Prasanna Ranatunga said the allocated protest site should be moved to another location as Galle Face is an economic hub.

Following his remarks and due to continuous arrest and intimidation of protest leaders, some protesters have already moved out, Shabeer Mohamed, one of the leaders of the protest movement, told media.

“Some others who love GotaGoGama and the groups backed by certain political parties are still there,” he added.

A popular library at the camp is among some of the tents that was removed by the protesters. (Int’l News Desk)