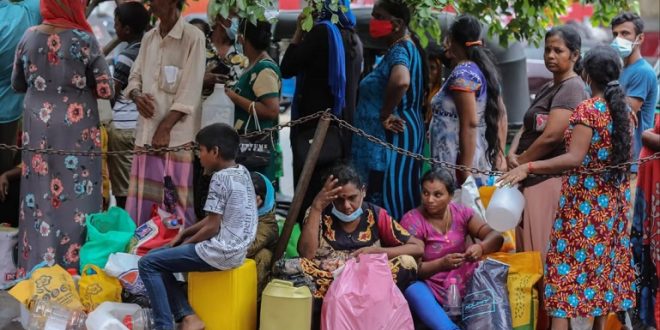 GENEVA/ COLOMBO: Sri Lanka is at risk of tipping into a full-blown humanitarian crisis as the country’s economy suffers its biggest shock in decades, the UN humanitarian office (OCHA) said on Friday.

Sri Lanka’s 22 million people are suffering the country’s most serious financial turmoil in seven decades, with severe shortages of fuel, medicines and other essentials amid record inflation and a devaluation of its currency. 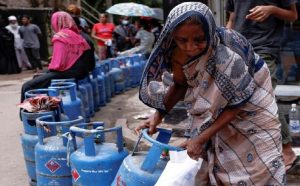 “Sri Lanka is facing its worst economic crisis since independence in 1948. We are concerned that this could develop into a full-blown humanitarian emergency,” OCHA spokesperson Jens Laerke told a regular UN news conference in Geneva.

In response to a request from the government, the United Nations on Thursday said it had launched a plan to provide $47.2 million of assistance between June and September to 1.7 million people worst hit by the crisis.

Christian Skoog, representative in Sri Lanka for UNICEF, the United Nations’ children’s agency, said 70 percent of Sri Lankan households had already reduced food consumption and as many as one in two children required some form of emergency assistance.

This comes amid mounting criticism of his alleged role in dragging the island nation into its worst economic crisis in memory.

He told a news conference he had submitted a letter to give up his Parliament seat but insisted that he was not solely responsible for the country’s economic hardships. 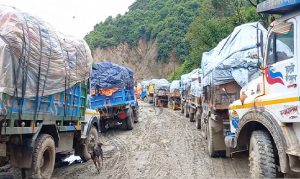 “The crisis was there even when I took over,” he said. “I did my best with all my strength.”

Rajapaksa, a member of the powerful political family that has ruled Sri Lanka for much of the past two decades, served as finance minister from July last year until April, when he resigned with other ministers over the government’s failure to resolve the economic situation.

He said Thursday that successive governments that ruled Sri Lanka since the 1950s deserve blame too because “they took loans and spent them” without taking steps to avert a crisis.

The resignation could be seen as a severe blow to the Rajapaksa dynasty, which has faced growing public outrage. Protesters have occupied the entrance to President Gotabaya Rajapaksa’s office for more than 50 days demanding his resignation, saying the primary responsibility for the economic crisis rests with him and his family, who they accuse of corruption and mismanagement.

The protests drove another family member, Prime Minister Mahinda Rajapaksa, from office last month amid nationwide violence that saw his supporters attack peaceful protesters. One of the president’s other siblings and a nephew also resigned from their Cabinet posts but still serve as lawmakers. 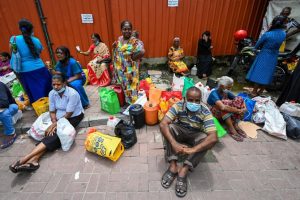 Basil Rajapaksa said Thursday he would not be involved in government anymore but vowed to “continue political work.”

Sri Lanka is nearly bankrupt with an acute foreign currency crisis that resulted in a foreign debt default. The country announced last month that it is suspending nearly $7 billion in foreign debt repayments due this year out of about $25 billion due by 2026. Sri Lanka’s total foreign debt stands at $51 billion.

For months Sri Lankans have endured shortages of food and fuel, power outages and other privations. The country lacks the financial wherewithal to buy imported necessities and pay its debts.

Authorities have started discussions with the International Monetary Fund for a bailout package and have asked the IMF to lead a conference to unite Sri Lanka’s lenders.