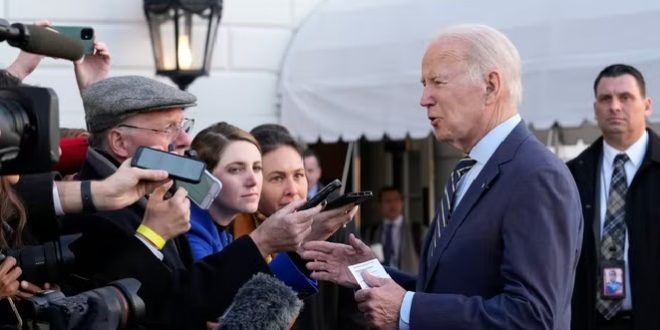 WASHINGTON: US President Joe Biden’s aides have found a fresh batch of classified government records at a second location, in a growing political embarrassment for the White House. 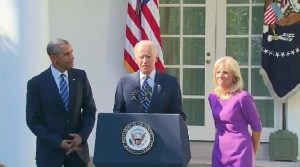 The first cache was found at a private office in Washington DC that Biden used after his vice-presidency.

The matter is under review by the US Department of Justice.

It was not yet clear on Wednesday when or where the additional tranche of files was found by Biden aides.

The original batch of about 10 documents was discovered in November at the Penn Biden Center, a think tank near the White House, but only came to light this week.

Those papers reportedly include US intelligence memos and briefing materials related to Ukraine, Iran and the United Kingdom.

They relate to his time as vice-president under President Barack Obama but it is unclear why they turned up in a private office he started using after that.

Access to classified documents is limited by law to people with special authorization and there are rules about how they are kept and stored. 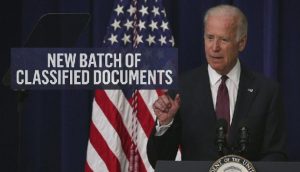 All White House records, including classified ones, are required to be turned over to the US National Archives after an administration’s time in office.

The White House has not yet commented on the newly discovered batch. However, the find has been confirmed by media.

During her daily press briefing on Wednesday, Biden press secretary Karine Jean-Pierre declined to answer questions about the first cache of files.

“This is under review by the Department of Justice,” she said. “I’m not going to go beyond what the president shared yesterday.”

She was pressed on why it took two months for the news to be made public and refused to say when Biden had been briefed on it. The discovery happened just days before the midterm congressional elections.

Biden said on Tuesday he was “surprised” when he found out and he was “co-operating” with the justice department’s review.

The controversy comes as the Democratic president faces scrutiny from a new Republican majority in the US House of Representatives. 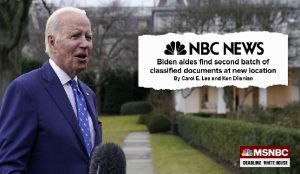 “Now that Democrats no longer have one-party rule in Washington, oversight and accountability are coming,” James Comer, the new chairman of the House Oversight Committee, said on Wednesday.

The committee is launching inquiries into the president and his family, including a request for the White House to turn over documents and communications related to the classified files.

The White House has said Biden’s lawyers alerted the archives as soon as they recovered the classified materials at the think tank, and the agency retrieved them the next morning.

Last August, FBI agents searched the Florida home of Biden’s predecessor and seized more than 10,000 files that Trump had not turned over to the National Archives.

The justice department had issued a subpoena for the return of the sensitive files before the FBI showed up at Mar-a-Lago.

More than 300 documents with classified markings, including 18 marked top secret, were recovered by federal agents from the golf club in Palm Beach.

Trump has not given any reason to explain their presence there but has said he had the power as president to declassify them, a claim challenged by legal experts. (Int’l News Desk)