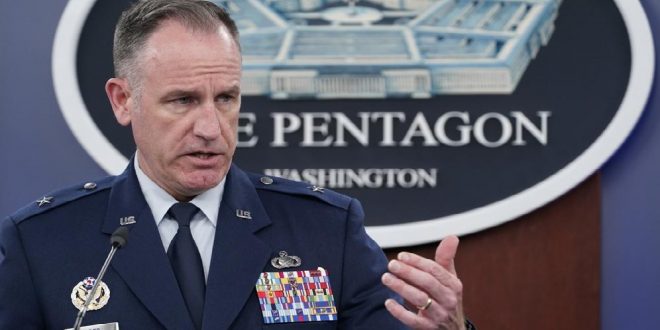 ‘Saudis tell US that Iran may attack the kingdom’

RIYADH/ WASHINGTON/ TEHRAN: The United States has responded to reports of threats from Iran against Saudi Arabia by saying it is concerned and will not hesitate to respond if necessary. 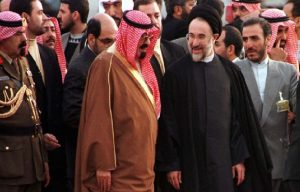 “We are concerned about the threat picture, and we remain in constant contact through military and intelligence channels with the Saudis,” the National Security Council said in a statement on Tuesday. “We will not hesitate to act in the defence of our interests and partners in the region.”

The Wall Street Journal newspaper first reported on Saudi Arabia sharing the intelligence with the US earlier on Tuesday.

Neither Saudi Arabia nor Iran has commented on the matter publicly.

Iran has alleged, without providing evidence that Saudi Arabia and other rivals have been behind anti-government protests that have been ongoing in the country since mid-September.

In October, the commander of Iran’s Islamic Revolutionary Guard Corps warned Saudi Arabia to tone down coverage of the protests in Iran by Farsi-language satellite news channels, including Iran International, a Saudi-backed satellite television channel based in London.

“This is our last warning, because you are interfering in our internal affairs through these media,” Major-General Hossein Salami said. “You are involved in this matter and know that you are vulnerable.” 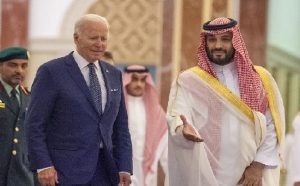 The heightened concerns about a potential attack on Riyadh come as the Biden administration criticises Tehran for its crackdown on the protests and condemned it for sending hundreds of drones as well as technical support to Russia for use in its war in Ukraine.

One of the officials who confirmed the intelligence sharing to the Wall Street Journal described it as a credible threat of an attack “soon or within 48 hours”. No US embassy or consulate in the region has issued alerts or guidance to Americans in Saudi Arabia or elsewhere in the Middle East based on the intelligence. The officials were not authorised to comment publicly and spoke on condition of anonymity.

Asked about reports of the intelligence shared by the Saudis, Brigadier General Pat Ryder, the Pentagon press secretary, said US military officials “are concerned about the threat situation in the region”.

“We’re in regular contact with our Saudi partners, in terms of what information they may have to provide on that front,” Ryder said. “But what we’ve said before, and I’ll repeat it, is that we will reserve the right to protect and defend ourselves no matter where our forces are serving, whether in Iraq or elsewhere.” 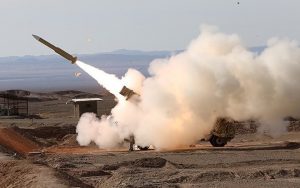 US State Department spokesperson Ned Price said America was “concerned about the threat picture,” without elaborating.

The latest concerns come at a time of strained relations between Riyadh and Washington after the Saudi-led OPEC+ alliance last month decided to cut oil output targets, which raised fears of a gasoline price spike in the US.

The US and Saudi Arabia blamed Iran in 2019 of being behind a big attack in eastern Saudi Arabia, which halved the oil-rich kingdom’s production and caused energy prices to spike. The Iranians denied they were behind the attack. (Int’l Monitoring Desk)