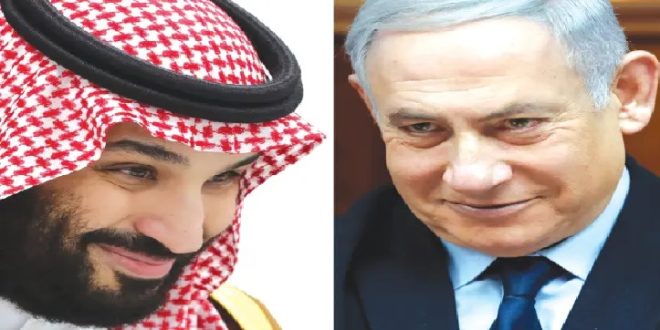 RIYADH/ JERUSALEM: Saudi Arabia will not normalize ties with Israel in the absence of a two-state solution with the Palestinians, the kingdom’s top diplomat has said, according to a tweet by the foreign ministry on Friday. 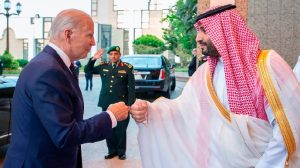 “True normalization and true stability will only come through… giving the Palestinians a state,” Prince Faisal told Bloomberg at the summit.

Saudi Arabia, the world’s largest oil exporter, is a close partner of the United States but it has repeatedly refused to normalize ties with US-ally Israel due to its military rule of the West Bank.

Netanyahu has repeatedly expressed his desire to see Saudi Arabia join the list.

In their talks on Thursday, Netanyahu and Sullivan discussed “measures to deepen the Abraham Accords… with an emphasis on a breakthrough with Saudi,” the premier’s office said. 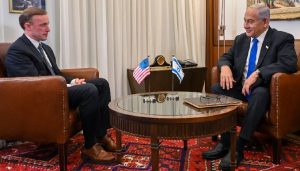 In his Knesset speech as incoming opposition leader, Yair Lapid said last month that his previous government began a dialogue with the kingdom that could allow a breakthrough in “a short period of time.”

Lapid noted that agreements had been reached “which initially allowed flights over its territory and the arrival of worshipers to Mecca.”

“However, more importantly, we have laid the groundwork for Saudi Arabia to join the Abraham Accords. If the government continues on this path, it is possible that normalization with Saudi Arabia will be reached within a short period of time,” he added.

Saudi Arabia has long stuck to the framework of a plan it proposed over two decades ago. The 2002 proposal offers Israel fully normalized relations with all 22 members of the Arab League if Israel agrees to a two-state solution based on the 1967 borders and with a just resolution for Palestinian refugees.

The plan was never welcomed by Israel, which now argues that the Abraham Accords, which saw Israel normalize ties with the UAE, Bahrain and Morocco, prove that the two-decade-old proposal is no longer relevant. 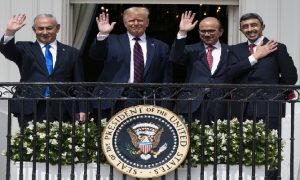 Palestinian state in a “two-state” solution to the long-running conflict but that goal has become ever more distant, with the West Bank fragmented by Jewish settlements.

Netanyahu plans to pursue a policy of increased settlement expansion in the West Bank, with right-wing parties in his coalition advocating the annexation of some of the territory.

Netanyahu, who returned to office last month with the formation of a new government, was at the helm in 2020 when Israel established ties with the United Arab Emirates, Bahrain and Morocco as part of the Abraham Accords.