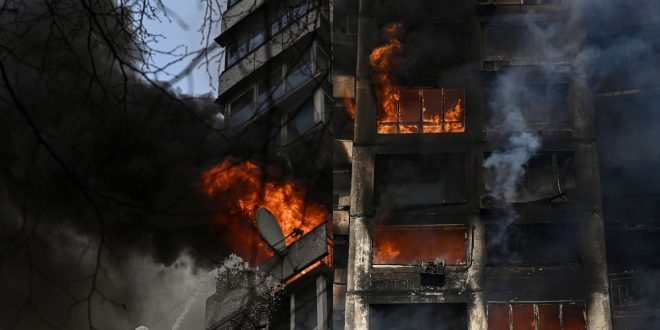 KYIV/LVIV/ MOSCOW: Russia and Ukraine both emphasised new-found scope for compromise on Wednesday as peace talks were set to resume three weeks into a Russian assault that has so far failed to topple the Ukrainian government. 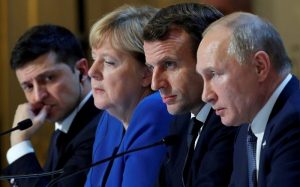 Ukraine’s President Volodymyr Zelenskiy said the talks were becoming “more realistic”, while Russian Foreign Minister Sergei Lavrov said there was “some hope for compromise”, with neutral status for Ukraine, a major Russian demand, now on the table.

The Kremlin said the sides were discussing status for Ukraine similar to that of Austria or Sweden, members of the European Union that are outside the NATO military alliance.

Three weeks into the invasion, Russian troops have been halted at the gates of Kyiv, having taken heavy losses and failed to seize any of Ukraine’s biggest cities in a war Western officials say Moscow thought it would win within days.

Ukrainian officials have expressed hope this week that the war could end sooner than expected, even within weeks, as Moscow was coming to terms with a lack of fresh troops to keep fighting.

Talks were due to resume on Wednesday by video link for what would be a third straight day, the first time they have lasted more than a single day, which both sides have suggested means they have entered a more serious phase. 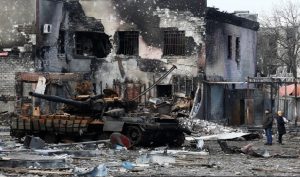 “The meetings continue, and, I am informed, the positions during the negotiations already sound more realistic. But time is still needed for the decisions to be in the interests of Ukraine,” Zelenskiy said in a video address overnight.

On Tuesday, Zelenskiy had hinted at a possible route for compromise, suggesting Ukraine would be willing to accept international security guarantees that stopped short of its longstanding hope for full admission to the NATO alliance.

Keeping Ukraine out of NATO was long one of Russia’s main demands, in the months before it launched what it calls a “special operation” to disarm and “denazify” Ukraine.

“The negotiations are not easy for obvious reasons,” Lavrov told media outlet RBC news, “but nevertheless, there is some hope of reaching a compromise.”

“Neutral status is now being seriously discussed along, of course, with security guarantees,” Lavrov said. “Now this very thing is being discussed in negotiations, there are absolutely specific formulations which in my view are close to agreement.” 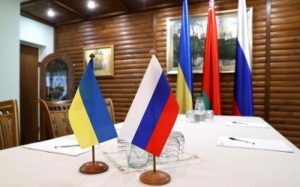 Kremlin spokesman Dmitry Peskov said a demilitarised Ukraine with its own army, along the lines of Austria or Sweden, was being looked at as a potential compromise. They are the biggest of six EU countries that are outside NATO.

“This is a variant that is currently being discussed and which could really be seen a compromise,” Peskov was quoted as saying by RIA news agency.

In an intelligence assessment released on Wednesday, Britain said Russian forces were trapped on roads, struggling to cope with Ukrainian terrain and suffering from a failure to gain control of the air.