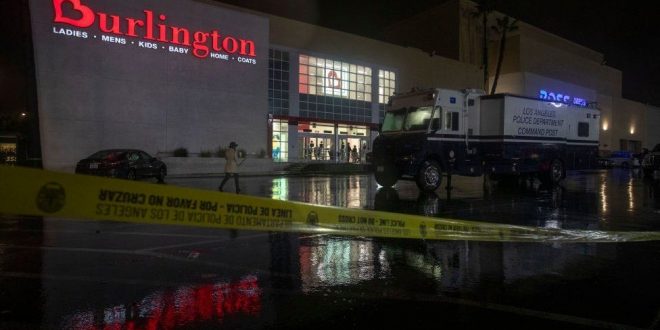 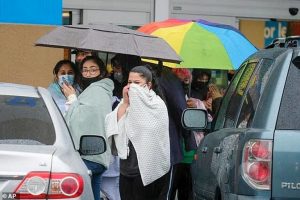 A stray bullet hit the teen as she was in a changing room with her mother trying on dresses for a birthday party.

Police say the shooting came after reports of shots being fired by a man inside the store. The suspect was shot dead, but no gun was found.

The state’s Department of Justice is currently investigating the shooting.

The incident took place late on Thursday morning, around 11:45 local time (19:45 GMT), at a Burlington department store in North Hollywood amid a throng of holiday shoppers.

Witnesses and store employees told local media that a man was acting erratically inside the store and smashing display cases. 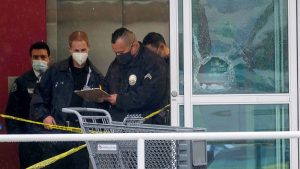 Police said a 911 caller reported hearing arguing inside the store and suggested shots may have been fired. They also say they received reports of a possible active shooter on the scene.

A fire department official told reporters that officers had arrived to find “an individual who was in the process of assaulting another” on an upper level of the store, prompting them to open fire.

The suspect died almost instantly. A heavy bicycle lock was found near his body, but no gun was recovered.

Officers then found a hole in the nearby wall of a dressing room behind the suspect, and the teenage girl dead inside. On Friday, the LA Country Coroner’s Office identified her as Valentina Orellana-Peralta. 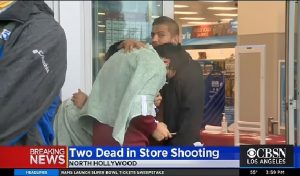 She had been trying on dresses for a quinceañera – a coming-of-age tradition that originated in Latin America celebrating a girl’s 15th birthday – a police source told the LA Times.

Local media also shows a woman with a bloodied face – who appears to be the assault victim – being taken away from the store in an ambulance.

The man who was shot by police has not yet been publicly named.

On Thursday night, Los Angeles Police Chief Michel Moore promised a “thorough, complete and transparent investigation” into what he called a “chaotic incident”. 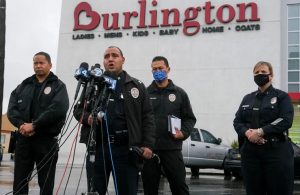 relieve the unimaginable pain for the family,” he said.

As part of its review, the department is expected to release video of the incident, including from officer-worn body cameras and Burlington security cameras.

California Attorney General Rob Bonta said he would conduct an independent investigation and refer his findings to a team of special prosecutors.

A state law passed in July mandates that all fatal police shootings of unarmed civilians be investigated by the state’s Department of Justice. (Int’l News Desk)